ARE THERE POLAR BEARS IN ICELAND?

ARE THERE POLAR BEARS IN ICELAND?

Iceland is an island located between North America and mainland Europe. It is a European country, and it lies below the Arctic Circle between latitude 64 and 66 degrees north which puts a distance of about 1,904km between Iceland and the polar bears in the Arctic ocean. Polar bears aren’t known natives of Iceland like the Arctic fox, mice, rats, rabbits, minks and reindeer, but they’ve been known to occasionally drift to Iceland on ice floes or iceberg. 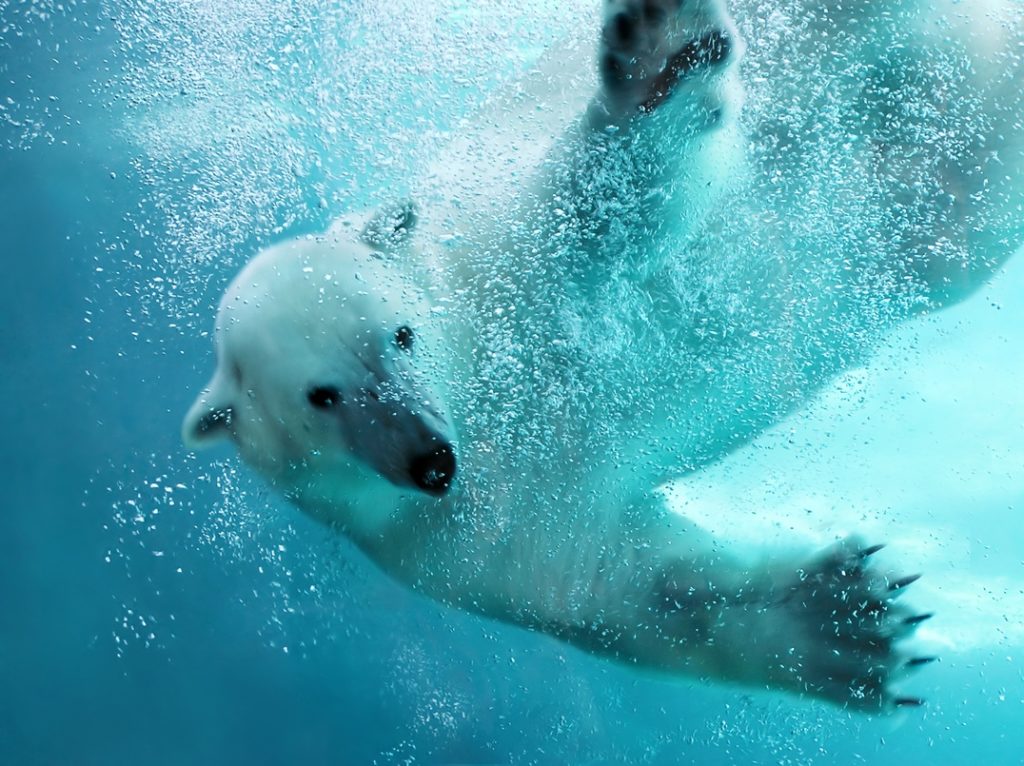 Polar bears are known to rely on the sea ice to search for their food, but long melting seasons as a result of climate change makes sea ice forming come late in some seasons, causing the ice to break up earlier into the year. The polar bear species is one of the first few species to be identified to become threatened by anthropogenic climate change. Over the years, polar bears have had a few hundred recorded sightings in Iceland as they’ve been identified to sometimes drifting with ice floes or iceberg from Greenland into Iceland.
Reports indicate that two polar bears were sighted, shot and killed in the north-west of Iceland in 2008, one at the Thverárfjall Mountain, and the other at Hraun at Skagi. These incidents made Iceland’s environmental minister set up a committee to make proposals on how to deal with polar bears that drift into Iceland in the future, even though such event was not recorded twenty years before. 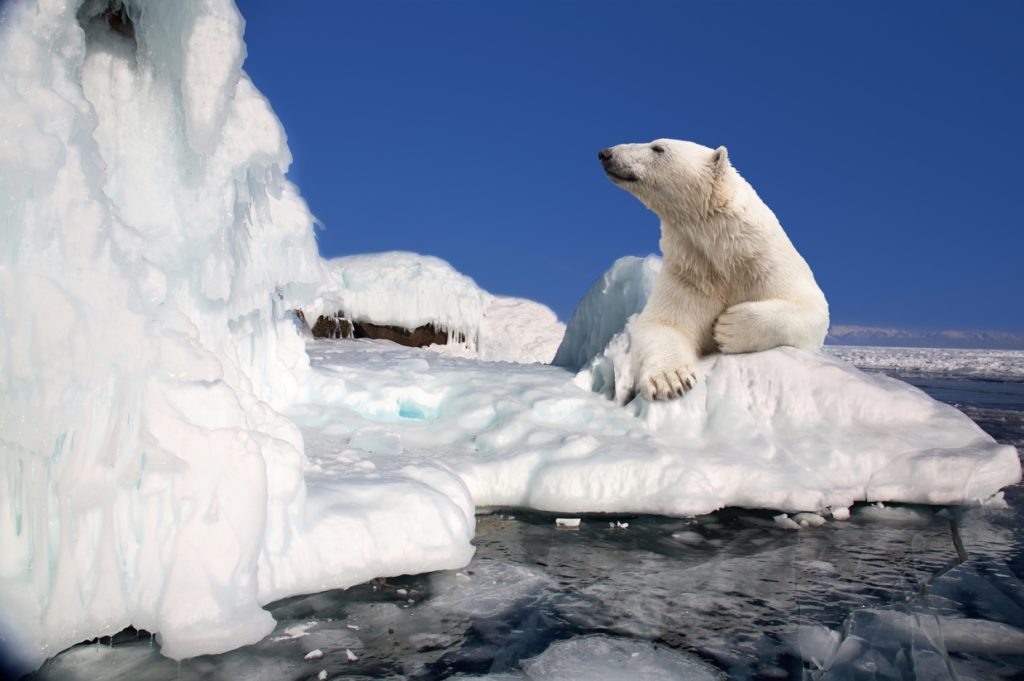 Even though polar bears are protected under the Icelandic legislation as they an endangered species, but in 2010 a polar bear was spotted in Thistilfjordur, northeast Iceland and also shot down by the police with reasons explained to be concerned with human safety, high costs of capturing the bear alive and returning it home, and the abundance of polar bears in eastern Greenland.

Polar bears species have been predicted to decline by thirty-percent by 2050, yet in July 2016, a female polar bear was shot dead in northern Iceland. The young bear was spotted within 500meters to an inhabited farm and was shot dead by a marksman who explained that he was in no doubt about killing the bear, as it was close to a farm where children had been playing. These frequent arrivals have raised questions of the habitation of polar bears in Iceland and what is happening in the polar ice caps in the northern hemisphere that is causing these bears to drift off their habitat.
Climate change remains the greatest threat to the survival of the polar bear’s species. But it is not the only threat aiding its extinction, as oil and gas industries have massively moved to the arctic which in turn is causing potential risks of habitat destruction of polar bears. Studies have revealed that when polar bears come in contact with oil spills it tends to reduce the insulating effects of it fur, exposing them to toxic chemicals and poisoning them when ingested through their prey.
Climate change which causes the melting of ice has facilitated to the increase of human-polar bear contact and conflict through these past years, as these bears go in search of food when hungry in the summer and tend to get drifted away on icebergs. Climate change has made polar bears occasional visitor to Iceland, even as this species is not a known native of Iceland, the presence of large drift ice has become a huge contributor to these visits. 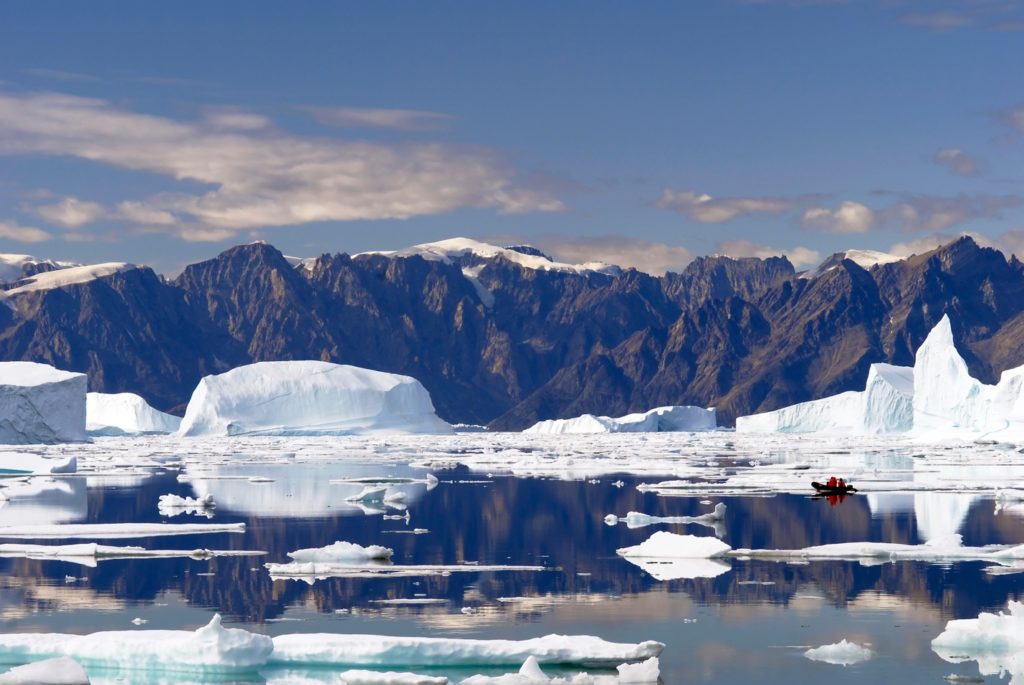 Increasing numbers of polar bears have been spotted to reach northern Iceland, as aforementioned through the last quarter of the 20th century, from their habitat identified as east Greenland. This species is totally dependent on ice for long term supply of their food and would only remain in Iceland if stranded, ordinarily; they won’t vacate their habitat.

There should, therefore, be adequate provision of response plans in Iceland for future spotting of polar bears. Some of this plan should include the capturing of the bear and airlifting or shipping back to Greenland, another is the capturing and transportation of the polar bear to a secure holding in Akureyri before being later transferred to a zoo. The polar bear can also be captured, transported to a holding facility in Akureyri and shipped or airlifted back to its home in Greenland. The killing of the polar bear should only serve as a last result if and when the bear serves as a threat to human lives or livestock.

The killing of four polar bears in Iceland between 2008 and 2016 gathered much domestic and international attention. The Icelandic government and its people should discover the best approach against the killing of this unique species, and develop an organized approach to bear response. Discussing and developing an effective response approach to polar bears sighting will promote the conservation of this specie, which is on the list of the International Union for Conservation of Nature (IUCN) red list of threatened species.
Polar bears have become regular visitors of Iceland, due to climate change but no polar bear is inhabiting in Iceland. These frequent visits should instead generate more concerns on the living condition of this specie in the northern hemisphere and the consequences surrounding the polar ice cap in their habitat. Polar bears are wild animals on the quest of food, it is important to care for this specie by staying away from them and doing everything possible to keep them safe in their habitat.