All evidence points towards Iceland being a nation of book worms. Icelanders read more than any other nationality in the world. In December we all go a bit extra lit crazy during “jólabókaflóð” – literally “Christmas book flood”. It is the name of the phonebook-thick book catalogue published before Christmas and contains every book released during the year! And this is an Iceland book tradition.

I would also argue that we have more bookstores per capita than any other country. Just take a look at our relatively small downtown area, which is home to several brilliant book stores – many of them open till 22 every night of the week!(an Iceland book tradition) – as well as a handful of independent book publishers. These are more than just shops – many of them feel like cultural hubs with their quality cafés, cozy atmosphere and generous opening hours.

When I still lived in Iceland a favourite night-time activity for me was hanging out in one of those stores. Savouring a cup of cocoa whilst browsing through the many great design books and music magazines before heading home with a new novel in my bag. I’ve spent countless of cold and dark winter nights that way. This is one of the things I miss the most now that I live abroad, where the shops have boring old opening hours and not as wide a selection of books in English. (another Iceland book tradition)

Now, let me take you around 101 Reykjavík and introduce you to some of our book shops:

Has been at this location for over 50 years and is one of the oldest bookstores in the country. The five-story shop offers something for everyone and is full of both enthusiastic and casual book browsers any time of the day. Their café, Súfistinn, is excellent, roasting its own coffee beans and offering both tasty meals and scrumptious cakes. The café also doubles as a gallery, showcasing art by local artists.

Fun fact: Mál og Menning actually started out as a book publisher and has released many of the most beloved Icelandic literature for almost a century now. 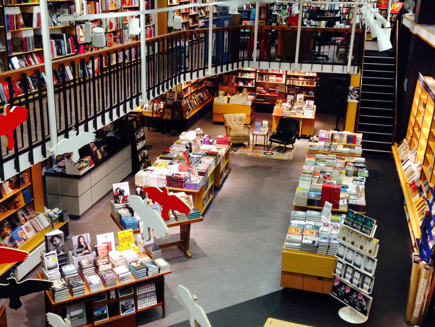 A bit of a book empire in downtown Reykjavík, existing in three locations (and has 16 stores around the country). The largest one, in Austurstræti, is on several floors (just as Mál og Menning). One can easily lose numerous hours amongst the broad book selection. Here we also have a splendid café, enticing book-browsers with its fresh smell of coffee and baked goods. A collection of artists and writers fill the café. Some sketching and some tapping away on their laptops (maybe working on the next great Icelandic novel?) But perhaps the best thing about this store is the long table by the top-floor windows. It offers a fantastic view of the street below!

Fun fact: Sigfús Eymundsson opened the first book store in Iceland, back in 1872. He was also the first person to sell postcards in Iceland, using pictures he took himself after studying photography in Norway. 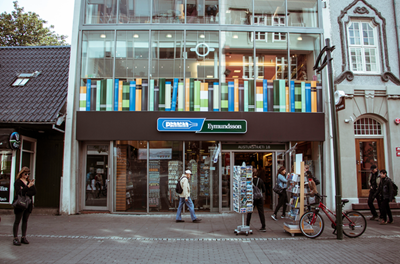 While M&M and Eymundsson are quite grand and something of architectural treats with their different levels and wide views, Iða is housed in a beautiful old timber house, all cozy and warm with its creaky wooden floor and quirky atmosphere. Here you’ll find little doodles and thank-you notes from customers hung on a string amongst the creative selection of both books and knick-knacks. And, you guessed it, of course there’s a café! The shop is also conveniently situated next to the National Library. So if you haven’t quite had your fill of books yet it makes for an ideal next stop!

Fun fact: If you come early enough in the morning you can get happy hour on coffee! 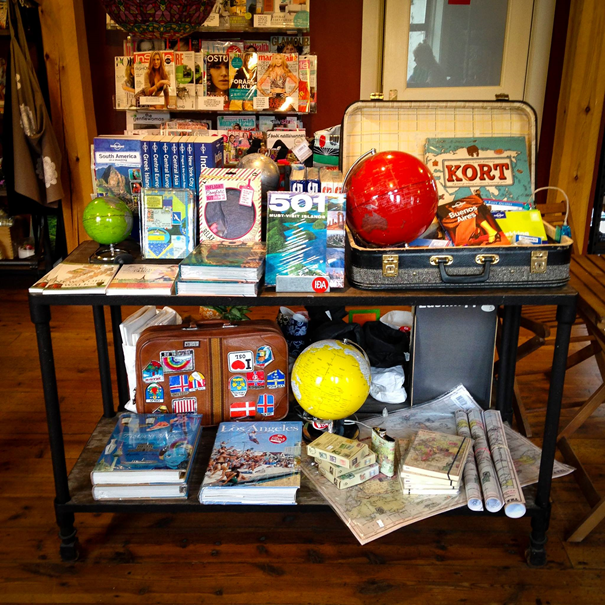 This Reykjavík institute is a truly unique oddball of a shop stuffed with wonderful curiosities. Like personal touches and all sorts of books imaginable. Here you’ll encounter everything from a great selection of vintage Life magazines to an old menu from an Icelandic prison to a collage of communist heroes. Feels as much like a museum or an eccentric home as a bookshop and makes for a delightful visit.

Fun fact: This was a favourite hangout of chess champion Bobby Fischer during his last years, which he spent in Iceland.

A terrific little art and coffee table book store that’s been at this location for nearly 40 years. (An Iceland book tradition!) 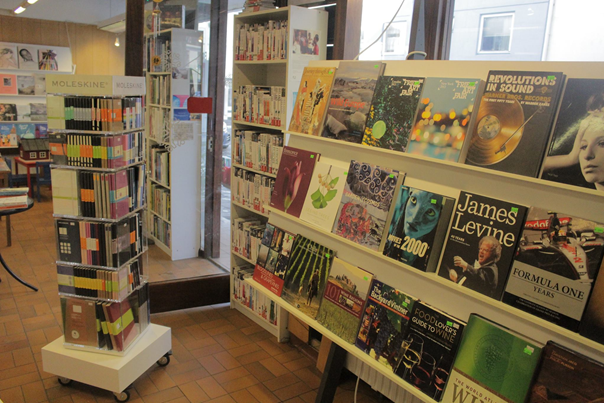 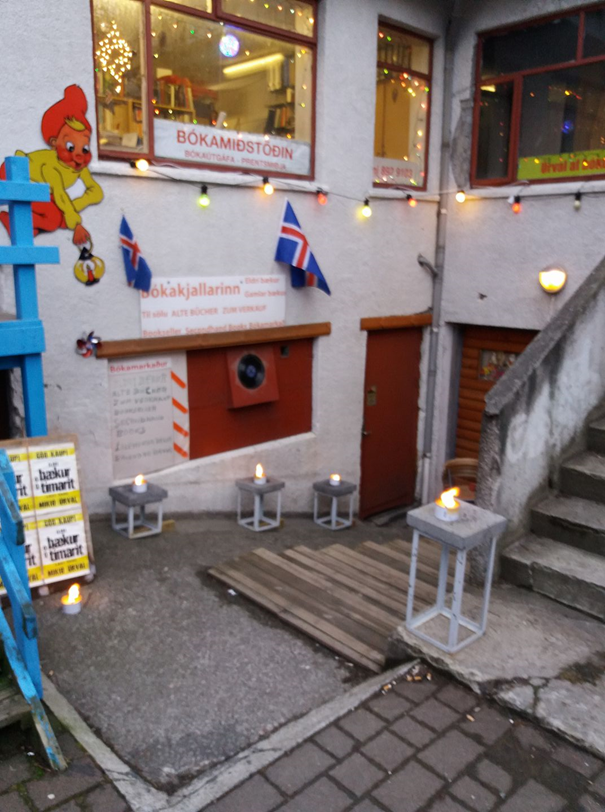 For Icelandic literature, our sole Nobel Prize Winner Halldór Laxness is a must-read. Taking the prize for literature in 1955. Iceland actually boast the most Nobel Prize Winners per capita – we’re a small nation, remember! Laxness has written several fantastic works of literature that are available in English in most of the bookstores mentioned above. I also recommend an outing to his preserved home in Mosfellsbær, Gljúfrasteinn, a beautiful piece of architecture in the middle of the gorgeous countryside. A unique outing easily accessible by bus. (An Iceland book tradition)

Finally, if you’ve fallen in love with 101 Reykjavík (and of course you have) you can’t leave the country without the Kaffibarinn-hipster cult novel 101 Reykjavík. It is by one of our foremost contemporary authors Hallgrímur Helgason. The book has been made into a brilliant film directed by Baltasar Kormákur with music by old Kaffibarinn-regular Damon Albarn!