Fishing and farming in Iceland

Fishing and Farming in Iceland: Historical and Current Practices

Icelandic residents have to survive the natural landscape and the cold harsh weather. This is why their fishing and farming has to be excellent. Their lives depend on these processes, even though the most major industry of Iceland is the creation of electric power. Hence its exports are too important too, but its food industry is also essential to it. Fish is also a major portion of exports, therefore fish farming is one of the most important business in Iceland. It contributes to the exports that are sent all over the world.

To know about the food production of Iceland one should know the whole story behind it. An individual should know how the industry that relates to farming and fishing came to be. You should also know that the food of Iceland is culturally and historically significant to it.

In the early days of Viking Settlements, the whole of Iceland was and encircled by the world’s second biggest and coldest ocean. Atlantic surrounding it also meant the new island country will also be engulfed in cold weather, that made livestock on the surface of it scarce. But with Atlantic adjacent to it coastline, the early settlers resorted to fish in the neighboring ocean. 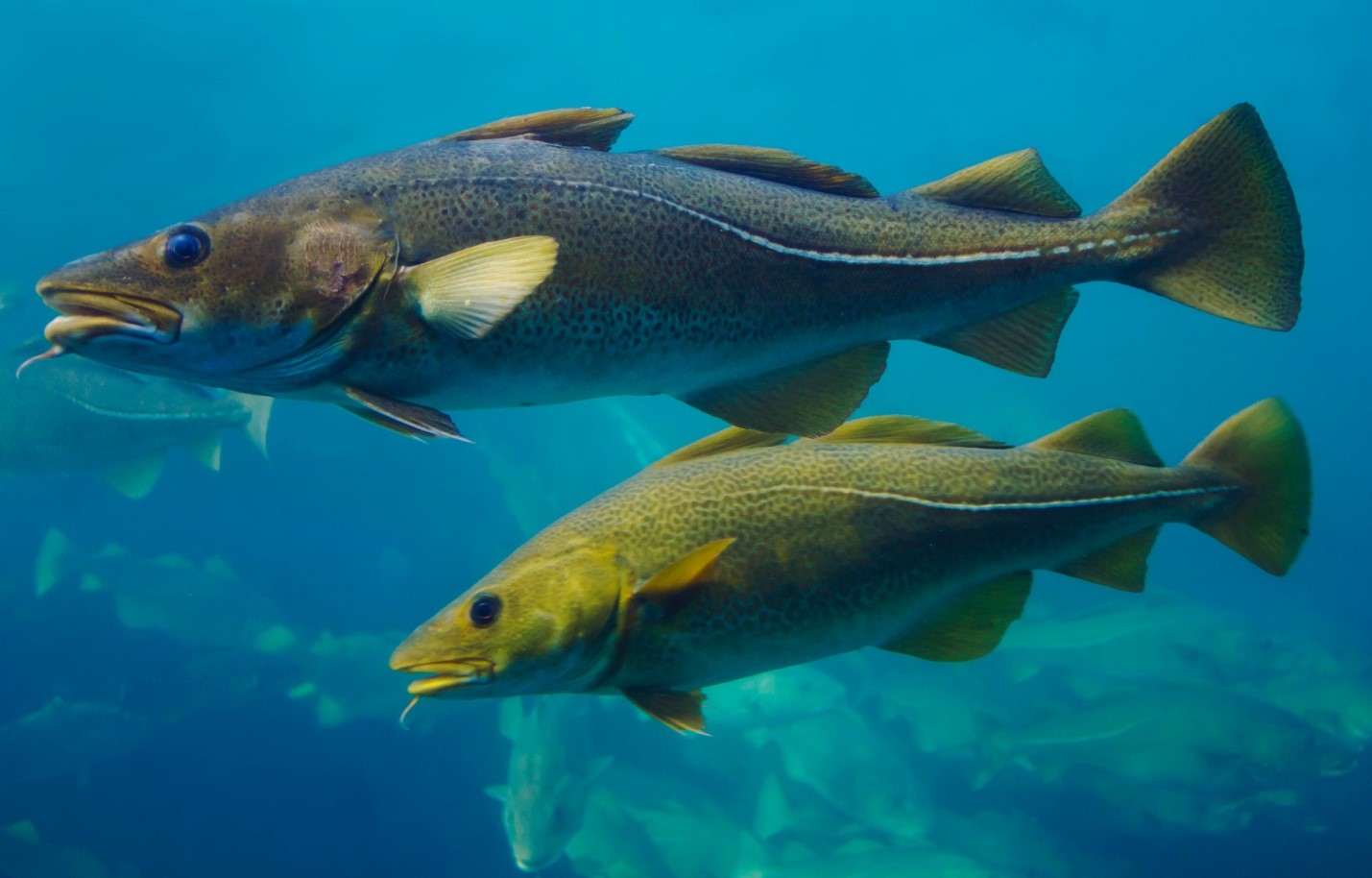 After the country came out as a developed nation at the turn of a 20th century, the country began developing connections with other countries. This brought imports of different livestock to the country from a range of different countries in Europe. With this development and several technological advancements in the area of agriculture, farming for cattle was also not a problem now. Since then Iceland’s food industry has been booming, much to the cherishing of locals and tourists who visit Iceland every year.

This type of farming’s in Iceland main goal is raising sheep cattle. Practiced by around 2000 farmers, it is practiced throughout Iceland. Through their practice, fresh meat is available through September and October whole frozen meat is available throughout the year. 78% of Iceland is inactive in terms of agriculture and horticulture. Only one percent of the land is used for cultivation of food. During the early, farming was the main occupation but since the 1930’s its been pacing around 30% of people having it as an occupation. 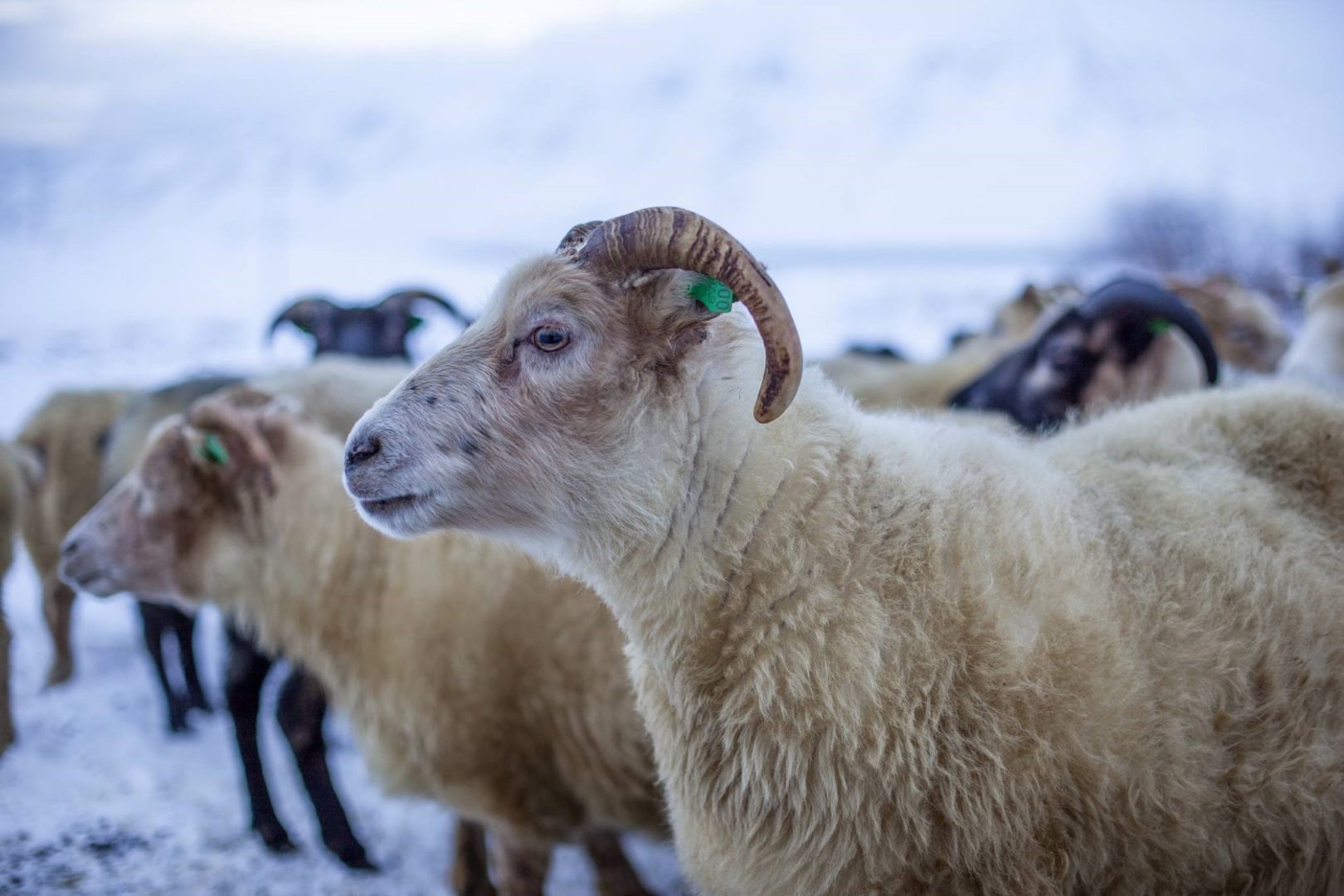 The Livestock also ranges from poultry, pigs and the Icelandic horse. The horse has its own Icelandic gait because it is born and a bred in the volcanic fields of Iceland. Livestock in Iceland has been living in isolation from other breeds in Europe and therefore has never come in contact with a continent-wide disease.

Due to its geothermal conditions, horticulture is especially advantageous for a farmer. The energy under the soils is renewable because of the volcanic eruptions under the surface. This complete with abundance of fresh water supply benefits the farmers and it’s untamed and mostly barren terrain in different ways. In turn, this also has led to the purity and unique of food products in Iceland.

In the early days of Iceland as a country, locals survived through catching fish themselves from the Atlantic. Their whole diet was based on the fish, so no wonder that much of Icelandic cuisine is based on fish recipes. With the turn of the last century, things started to change a bit. Livestock farming and horticulture made their entry into the cold country. Though fish is still the predominant food in Iceland also a primary export item for it. If you happen to visit a supermarket and you see a cold section you also happen to see different kinds of fish lying there. Lots of them come from wild fishing but many of them come from fish farming. 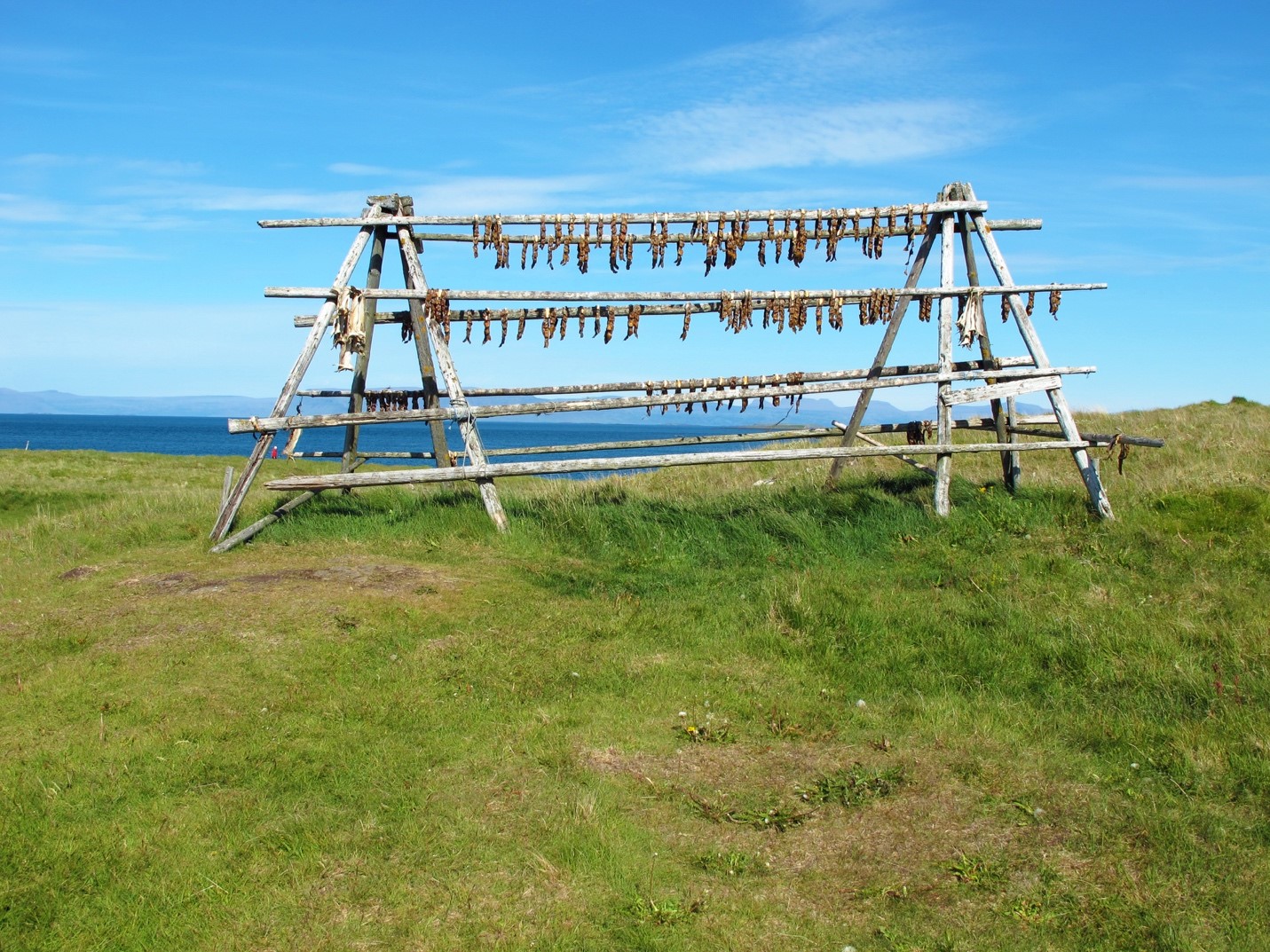 As mentioned before that fish is predominantly eaten Iceland and is also one of the primary export of good of Iceland. This is the reason that the fishery management should be at its best. Icelander lives depend on this food, so it made sense that there should be a sustainable way of getting the fish supply for food. Through fishery management, the fishermen can provide the local and tourist population with sustainable, healthy and wholesome fish for the food.

Fish farming is one such way that can provide fish in a sustainable way that is also healthy for eating. Fish farming means that fish are raised commercially in an enclosure or a tank for the sole purpose of creating food. Although relatively new in Iceland, it is quickly growing into the best way to get fish for food supplies. Fish species raised from fish farms include salmon, cod, catfish and many others. This is not just as around 580 species from the ocean are being farmed through aquaculture.

It is being hailed as the solution to overfishing problem. While some might say that the fish lower on the food chain are contributing to the problem but they have not been overfished. Fish that are popular for fishing like a salmon can be saved by fish farming. Fish farming provides a sustainable alternative for fishing in the wild seas as the raising of fish can happen under our watchful eyes.

The main season to fish or raise fish in Iceland:

The main season starts in January for most of the species of fish according to the laws of Iceland. It ends before Mai, and usually happen in April. Most fish have different seasons for fishing but in the same time frame mentioned just above. The prime season of fishing in the same timeframe starts from late January to late April.

How the Reykjanes Peninsula in Iceland has most of the major fishing towns:

Some say that the plains and the landscape of the Reykjanes Peninsula in Iceland is a bit alien looking and rough. Most of the towns here in Reykjanes were created around fisheries and many of them are still based around it. Take Sandgerði for example, a town which owes its creation and existence to fishing. The town was founded due to its location that is near the fisheries just off the coast. Sandgerði started as a fishing village but grew when certain intelligent and budding entrepreneurs entered the business with the sole purpose of selling fish internationally. Since then the town has grown and also has a tourist industry to add to its resume.

Reykjanes while ignored by the incoming tourists of Reykjavik, is popular with locals for fishing especially in the main season, precisely for the locations like Sandgerði. Other towns like it are also in existence in Reykjanes like Reykjanesbaer, which is the largest town on the peninsula. Other towns include Grindavik, Sandgerdi, Vogar, Hafnir, and Gardur, all of which based on fishing. Even their tourist industries mostly cater to the incoming local and international fishermen.

Farmers of Iceland through the years:

In the beginning of Iceland as a country, Norsemen like the Vikings were mostly pastoral individuals. These individuals brought along their cattle, sheep and other livestock along with during the settlements of Iceland in the 9th century. They also brought along the farming traditions with them. As mentioned before the farming used to be the main occupation of Iceland since the 9th Century but began to decline in the 1930s. 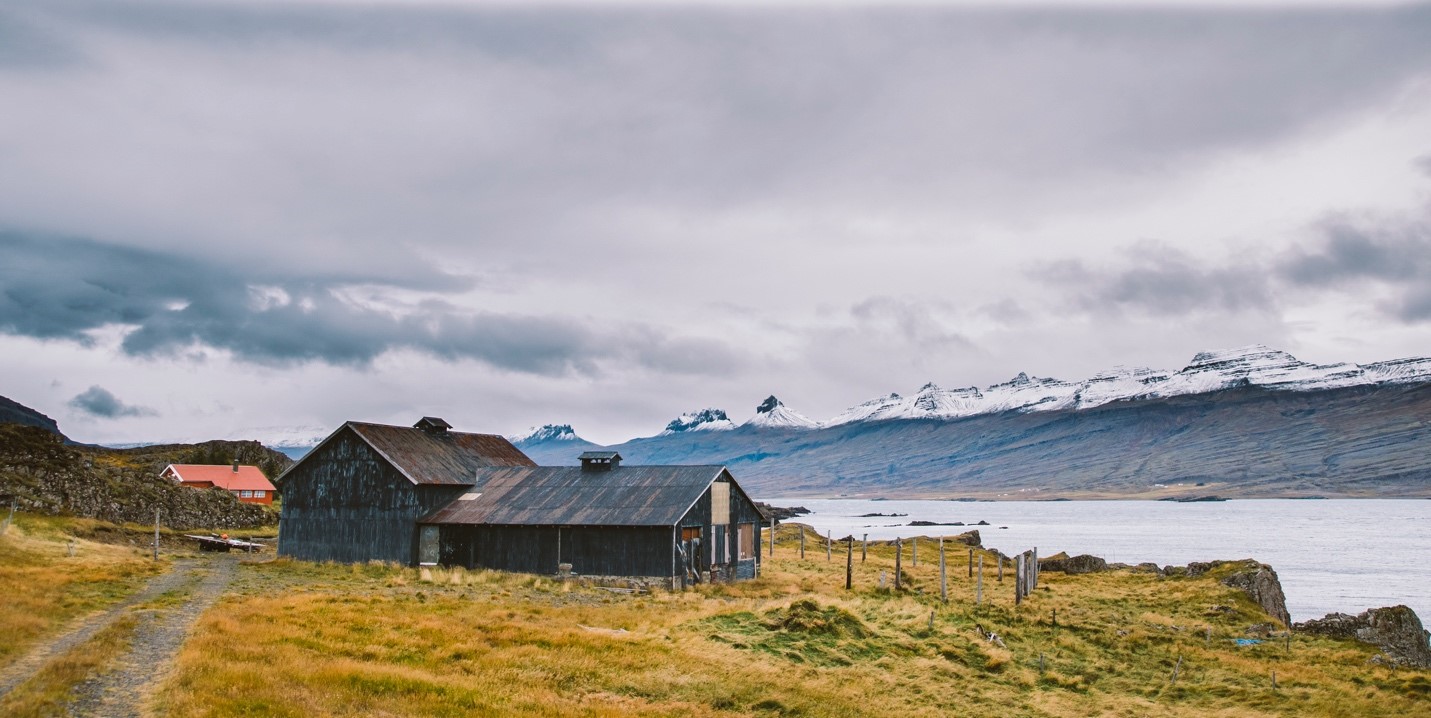 During the decline farmers who survived the fall, clung to their farms more than their lives even at times of unprofitability. Many innovated their farming techniques through processes like farming in the greenhouses. Most of the farmers in Iceland now are farming through greenhouses with the help of geothermal conditions of Iceland.