History and culture of Reykjanes Peninsula

Reykjanes is located in the southwest corner of Iceland. This is where Iceland meets the Mid Atlantic Ridge. This ridge is mid-ocean divergent tectonic plate inside the Atlantic Ocean. The Reykjanes’ coastline meets the Atlantic Ocean at this very point of the ocean, and the position is so exact that a person can see the actual ridge come out of the see. 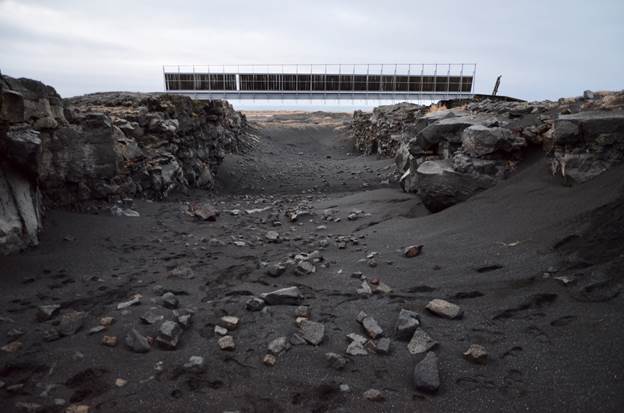 Reykjanes is part of the Suðurnes, which is the largest urban area in the whole of Iceland. Reykjanes is characterized by its volcanic landscapes or edifices and it’s fishing towns for which it is popular for. The main point of entry for international travelers is Keflavik International Airport for the whole of the Reykjanes Peninsula. The airport is also a major point of entry for Iceland itself.

Its culture is vibrant and its landscape is magnificent, which is complemented by its tourism and fishing industries of its fishings towns. These towns were usually founded upon the support of the fishing industry. The towns are named Reykjanesbaer (A municipality of merged towns called Keflavik, Njarðvík and Hafnir), Grindavík, Sandgerði, Garður, and Vogar. All of these towns have cultures that are unique to them and many of them are still based around the fishing business. In the accumulation of the whole peninsula, the population is more than 22,000 and it is considered one of most densely populated areas of Iceland.

Agriculture and fishing used to be the mainstay activities of the Reykjanes Peninsula. Now cultivation is more based on reforestation, gardening, and reclamation of Icelandic soil. While fish is still a large part of exports but its industries like energy creation and tourism are now also a valuable resource for Iceland. It is due the natural and resource dense landscaped of the peninsula.

Early Icelandic settlers, who entered Iceland in 847 AD, were chiefly Norsemen and most of them came directly from Norway. With their own arrival, they also bought their agricultural traditions and expertise. The peninsula was full of rich fishing grounds that are right off the coast. It bought them to fish for food and other benefits from the sea like walruses, birds, whales, and driftwood. 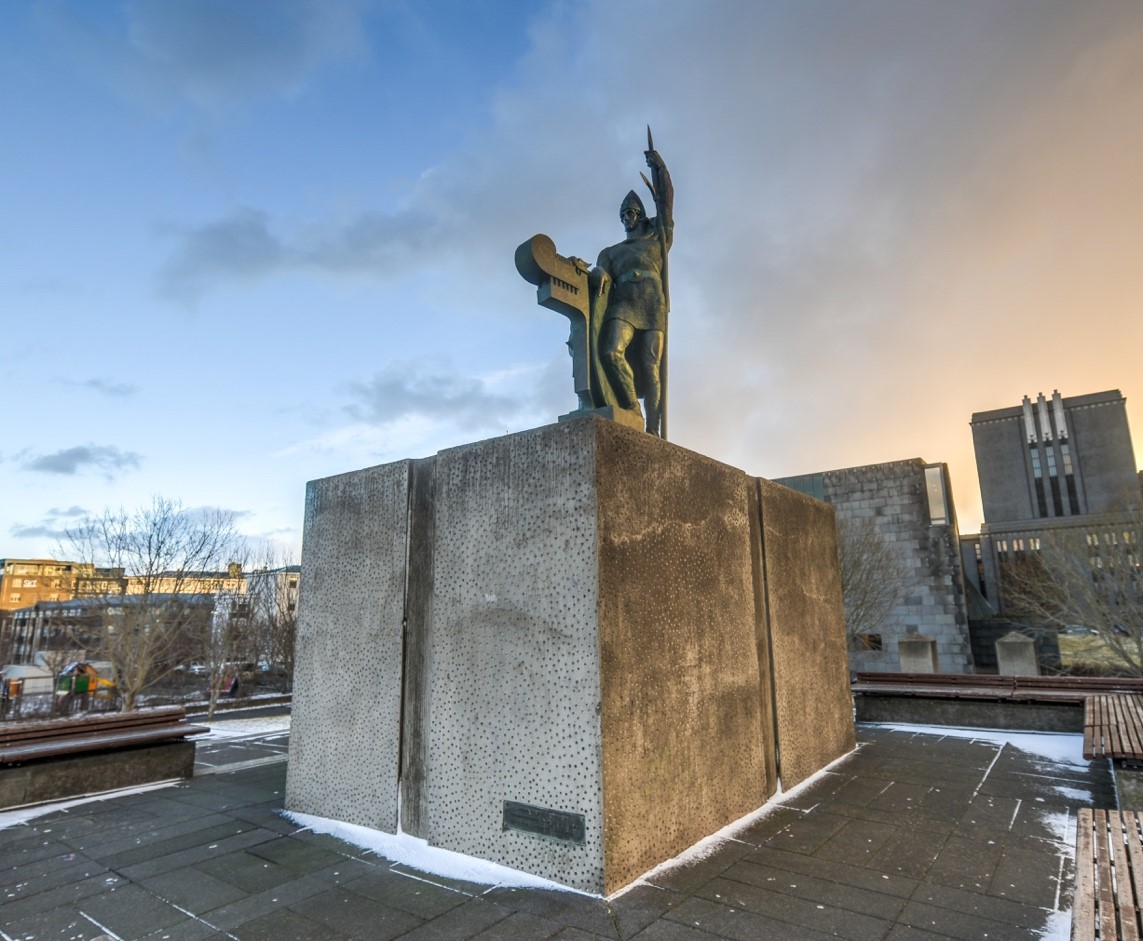 Ingolfur Arnarson was the first settler of the land that is now called Iceland. He came into Iceland through the Olfusa River, which is now called and is part of Reykjanes peninsula. After his arrival in and the discovery of Iceland, he allocated the land to five men and one woman.

Steinunn the Aged was that woman, and she was a relative of Ingolfur. The whole northern part of the peninsula was given to her for which she gave him a knitted coat. She gave her close relative named Eyvindur the area that is now called Vogar. She also gave land to two other relatives who were named Herjolfur Barðarson and Asbjorn Ossurarson, respectively. Barðarson was given the land from Hafnir to the tip of Reykjanes and Ossurarson was given the area between her land and that of Eyvindur. Another settler settled in Grindavik and Þorir Haustmyrkur (translates to Autumn Darkness)

Historical events that took place in the Reykjanes Peninsula:

A small village from Hafnir, a town in Reykjanes Peninsula hosted an archeological excavation for findings relating to the Viking age. This study raised multiple questions about ancient cultures of Iceland and the Vikings. The most notable question was why there were no outbuildings for the farm animals on the excavation site. 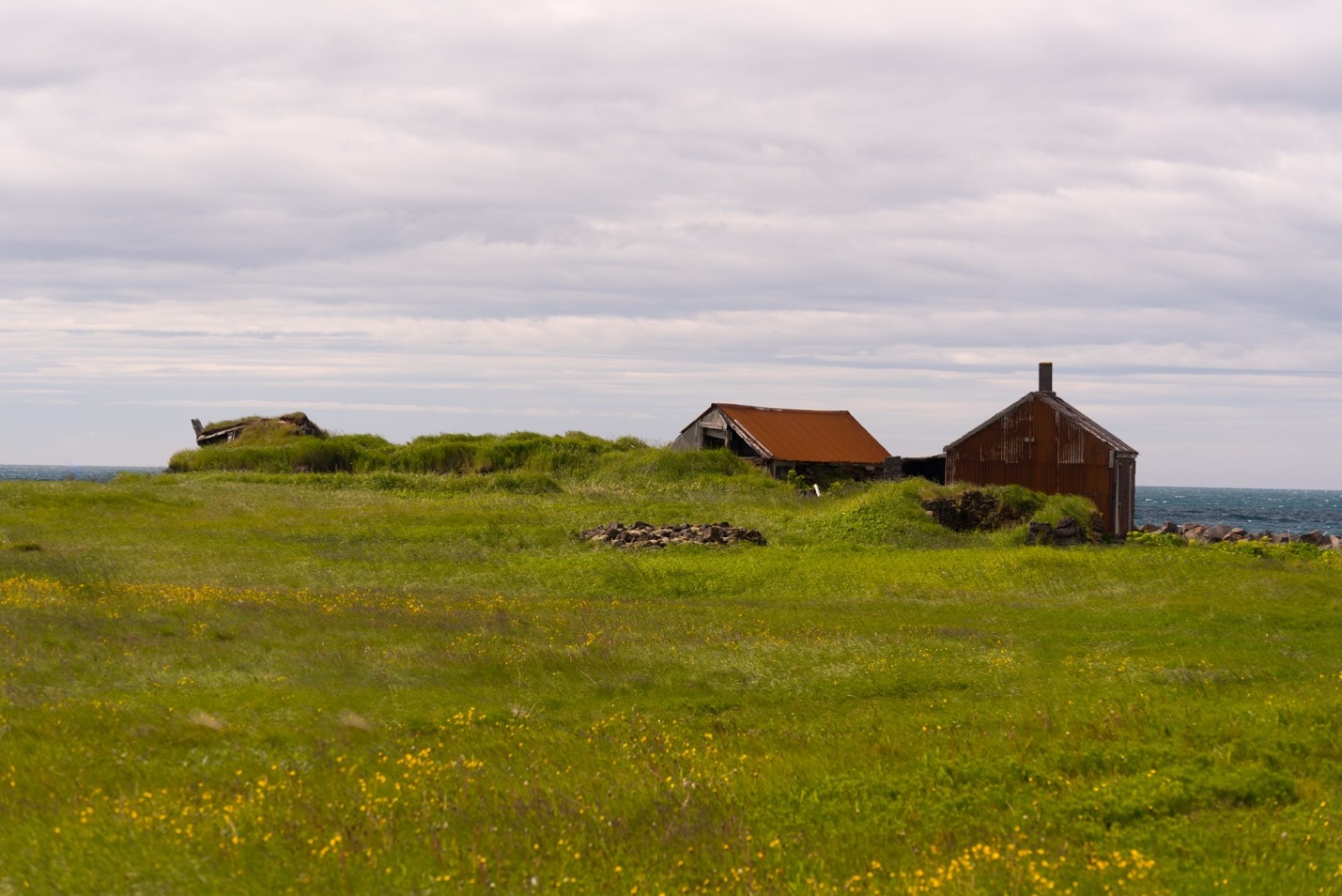 The Besendar Storm and Flood:

Basendar was used to be a fishing outfit and a trading post south of Stafnes in ancient times. It acted as a harbor for the Danish trade monopoly at that time. On the night of January 9th, 1799, a catastrophic tidal flood instantaneously ruined Basendar. Some people barely even escaped and while most of the house was completely destroyed. This made this storm the most devastating and dangerous tidal flood that was experienced by Iceland.

Pirates from Algiers raided Iceland when they first made their attack known in the Westman Islands. These pirates were called “Turks” in Iceland because at that time Algiers was under the Ottoman rule. Many settlers of Reykjanes peninsula of that time were taken into slavery and sold in North Africa.

The fishing towns of Iceland:

It is a young and vibrant town of Reykjanes peninsula that is rapidly growing. The number of citizens has increased in the past decade and now total at 14,200. Its proximity to the capital Reykjavik and also to the bordering to the rest of the world. The former US naval base inside it has been converted into progressive educational center. 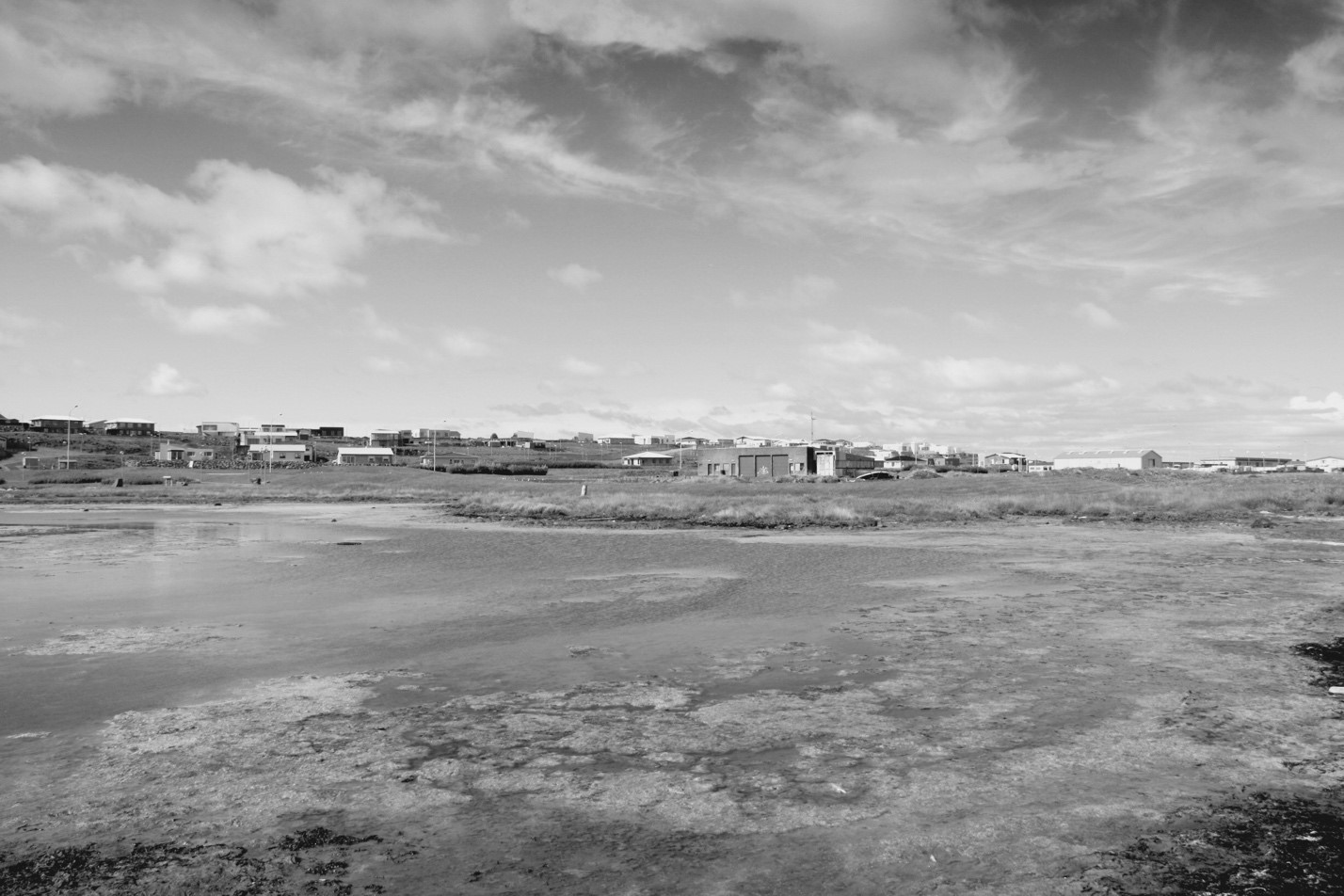 The town has many activities to be taken advantage of and pristine nature lies at the doorstep of town. It also connects to Osabotna Road that can provide the opportunity of initiating a road trip of Reykjanes peninsula, which boasts recreational and fantastic scenery. This place is a municipality that was created in 1995 from the merging of three different towns called Hafnir, Njardvik, and Keflavik.

This town is a tourist favorite that boasts tourist favorite locations such as the world-renowned Blue Lagoon. This community is populated with 2,850 citizens and can offer fun for tourists of all ages. A tour can be provided for the natural landscape and areas of the town

It is considered one of the country’s major fishing communities. While the towns mentioned just above were all founded on the basis of the fishing business, this town still has its stronghold in the fishing business.  Rich fishing grounds lie just of the cost of Sandgerdi.

Aside from fishing the town is also known for bird watching, swimming, it’s historically significant places and it’s restaurants. There is also a souvenir shop called Listatorg and a museum called Nature Center that gives insight into the Icelandic Nature.

Another town of Reykjanes peninsula that is based around the business of fishing. It is very near to its own fishing grounds that are excellent for various fishing seasons. Its restaurant called Flosin is very popular and the view from its balcony is very beautiful.

Tourists can camp in Gardur with its magnificent natural landscape where facilities like bathrooms, water, electricity, tents, and Winnebagos are provided.

The lead singer in the Icelandic music band ,,Of Monsters and Men´´ is from this town.

The Town of Vogar provides you with various services like bird-watching, golfing on the 9-hole golf course and a joy walk along the coast of its sea. There are various monuments like Hradnistumenn by Erlingur Jonsson that were created in the memory of fishermen of the area.

The Volcanic system of Reykjanes Peninsula:

The volcano zone of Reykjanes peninsula comes directly from the North Atlantic Ridge that surfaces from the ocean at Reykjanes. This peninsula has four distinct volcanic systems that come to life from time to time in eruptive series. They become eruptive in every 1000 years, in which the eruption lasts around 200 to 350 years.

The volcanic system on the western side is called the Reykjanes system. This one extends from the west side of Reykjanes to all the way up in Grindavik in the south and then to the northeast of peninsula along Vogar to Kuagerdi. 35 km of it is on land and 40 to 45 km under the sea. The system is believed to be extending til 5 to 10 km under the sea.

The most recent eruption has been known to take place from 1210 to 1240. These considerable eruptions of the system were called Reykjaneseldar (also called the Reykjanes fire).

The system is also divided into 40 to 50 volcanic outlets from several different drifts and eruptive series. There are are also 14 shield volcanoes and shield volcano tops. Signpost for hiking trails lies near Haleyjabunga and Skalafell shield volcanoes. A rare variant of Basalt called Picrite that is usually found in the earth’s mantle can also be seen near the Haleyjabunga mountain.

The surface of and near the system is fissured and the systems also contain numerous faults. These faults include the large rift valley near Valahnukur and another one that lies near the Reyjanesbraut highway near Vogastapar.

The most active part of the system is near the southwestern region of the peninsula, where an accumulation of lava rock can be seen and geothermal energy is most active. This volcanic system was created in the 12th century, due to the submarine eruptions that took place during that time.

“Darkness in the middle of the day”:

In the winter of 1226 – 1227, a winter that is also called by the names of “Sand Winter and “Winter of Famine, there was an undersea eruption just of the coast of Reykjanes. Due to this eruption, the ash-fall was so great that it half of the country into pitch black darkness even in the middle of the day. Farm animals were killed and a man named Snorri Sturluson lost around 100 cattle. A sea pillar called Karlinn (literally translated into “The Man”) that stands at 51m height was erected in the coast of peninsula due to this eruption. 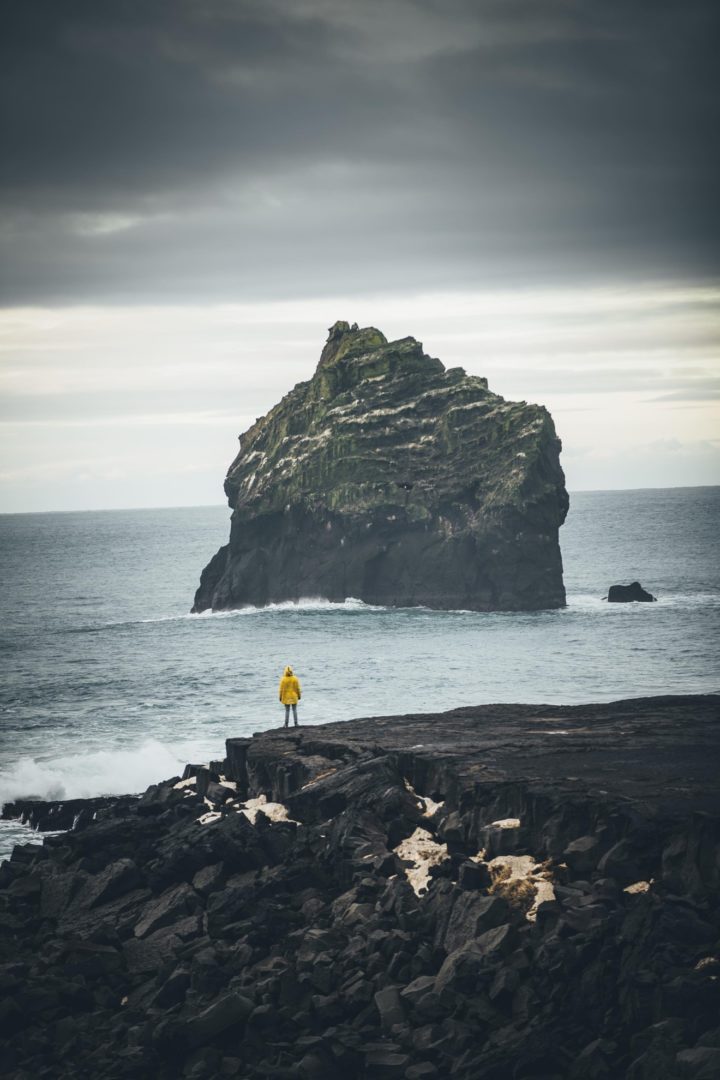 The main fishing season of Iceland and its relation to the Reykjanes Peninsula:

Fishing for Iceland is historically and culturally significant, this is why much of the cuisine and many towns of Iceland is based in fish. This marine life is important to Iceland because much of the survival of its early dwellers have been known to survive on just fish. There was a shortage of livestock due to the cold weather but there was plenty of fish in the Atlantic Ocean, that was bordering with its coastline. This is why many of early settlers resorted to eating fish. While the nation transforming into a developed nation during the turn of the 20th century brought along the availability of livestock meat. Fish is still the most eaten food and the most exported food item from Iceland.

Tourists and locals alike can go fishing during the fishing season that also varies depending on the species of fish. Each species has its own fishing season and is different from other species. 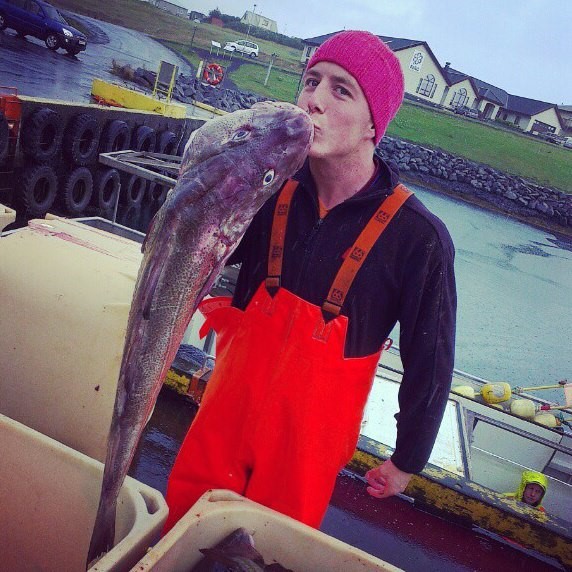 Brown trout can be fished for all season around and there is law from stopping you from doing so. Though you should know that sometimes the fishing ground owners can apply their own rules and dates for a fishing season for this trout. Arctic Char has the same laws and the season. They have their prime season from late June to mid-August although you should know they are in decline. The law for fishing Atlantic Salmon states that its season starts from 20th May to 20th September in Iceland. There are three periods for fishing the Atlantic Salmon which are divided into early, prime and late. Early is when they start swimming in the rivers, prime is when most of them are in the rivers and late is when most of them are gone.

Fishing in this peninsula is not just easy but fun too. As mentioned before that most of the towns in this peninsula revolve around fishing. This means in the fishing season that is enacted by the law, these areas are bustling with local fishermen and international tourists. The tourism industry caters to the tourists who are also there for fishing and the fishing industry caters to locals and tourists alike. Activities complementing fishing, ranging from bird watching, peninsula tours, eating at restaurants to many other activities like museum visits. People of all ages visit these places and have fun while they are doing it.

Take a trip to Reykjanes Peninsula and experience it yourself with Reykjavik Outventure.