How was Iceland formed

HOW ICELAND WAS FORMED

Halfway between Greenland (a North American Island) and Northern Europe island and Sweden is an Island nation of an area spanning about 40,000 square miles. This nation is called Iceland. Iceland is the 2nd largest Island in Europe and the 18th largest Island in the world. However, with a population of over 300,000 people, Iceland is one of the least populated European countries. Most of the population of Iceland lives in the capital city – Reykjavik which is also the largest city in Iceland. 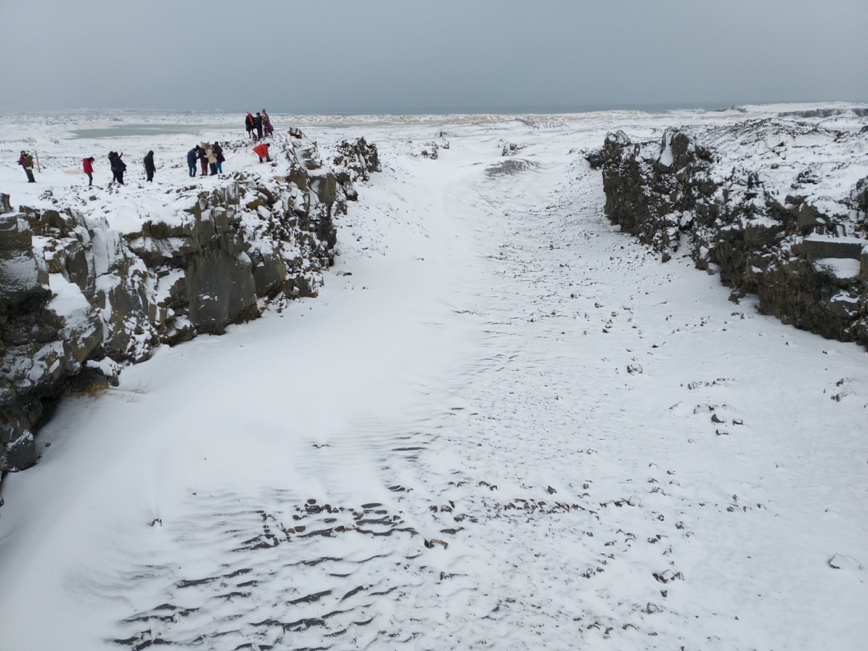 Iceland lies at the point where the Arctic Ocean & the North Atlantic Oceans meet and on a mantle plume with most of the Island being towards the south of the Arctic Circle. It is bounded on the east by Norway – the closest European country to Iceland – and on the west by Greenland – the closest country to Iceland. So far, only about a quarter of the Island is habitable.
Iceland has relatively lower vegetation and the landscape is quite bare making it a landscape that looks like the landscape of the moon and this may even be one reason why NASA used the Askja caldera (a part of central highlands of Iceland) as a training center for Lunar Expedition about 50 years ago.

Although Iceland is considered a European country, it has been found to contain both North American tectonic plates and Eurasian tectonic plates. However, it is still considered to be a part of Europe for cultural and political reasons.
Iceland is one of the regions with most volcanic activity in the world behind Indonesia, Russia, and the USA with the USA having the most volcanoes (173 volcanoes). Of the 130 volcanoes in Iceland, about 30 are active and about 30 % of the magma erupted since 1500 AD was in Iceland.

Iceland is a sub-polar region and for a region pretty close to the Arctic Circle, it has remarkably wide temperature variation through the year, largely because of the North Atlantic current and the North Atlantic Ocean current called the Irminger current.
The highest temperatures (usually 10-13°C) in Iceland are experienced from around May to September and this is the summer period of the Icelandic people. While the rest of the year are relatively colder with November to March usually the coldest months. The Northern part (closer to the Arctic Circle) experiences the lowest temperatures, usually around -27°C while the southern region (closer to the North Atlantic) experiences temperatures as low as -10°C.
Thunderstorms rarely occur in Iceland but windstorms are quite common. The lowlands experience less intense winds than the highlands. Dust storms caused by glacial winds are also common in the highlands especially at the early stages of the warmer periods of the year.

Iceland is one of the last islands of the world to be lived on. Although it is said that settlement started in Iceland in 874, there is evidence to show that it started earlier than that. The evidence shows that Papar (monks from Ireland) had lived there before Vikings from Norway came there with their slaves. 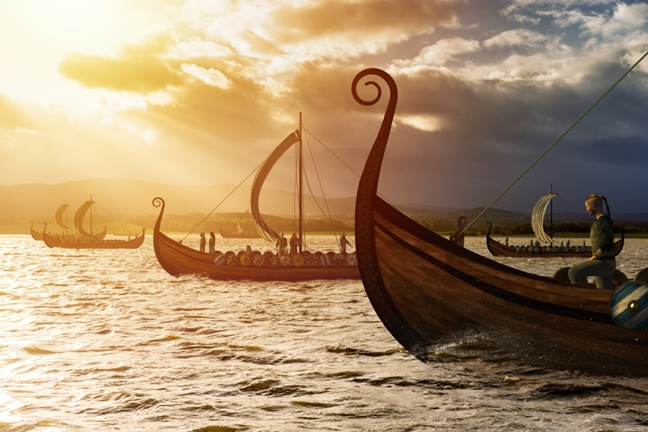 Books like the Islendingabok and the Landnamabok mention that the Irish monks had been there before the Norse and that they left certain books and some other items behind while they left. These items serve as mementos and as evidence of their presence there. It is not clear if the Papar left before the Vikings came or if they left soon after the Vikings came and another evidence relates that the Papar left to avoid the heathen ways of the Norse.

It is recorded in Landnamabok that Iceland was discovered by Naddodd and that he may have discovered Iceland as he traveled from Norway to Faroe but got lost and ended up in the east of Iceland.
Iceland was rapidly dominated by Norwegians who were either running from trouble or seeking new arable lands. In 930, the Althing, Iceland’s Government system was formed by the Chieftains. The Althingi is the Parliament of Iceland (one of the oldest parliaments in the world) and it was established at pingvellir. It was a system where the most powerful rulers of Iceland gathered at an assembly to decide the laws and proceedings of the land. The assembly was open to everyone and a large crowd usually attended them. The current Althingi holds at Reykjavik and the system is now made up of 63 parliamentarians elected by proportional representation.

Centuries later, around 995, Olaf Tryggvason, who was the King of Norway at that time, facilitated the advent of Christianity into Iceland. He built the first Christian church in Norway and it is reported that he saw to the conversion of pagan Norsemen to Catholics even though some were coerced with threats of violence. It was around this period that documentation of Iceland’s history started with the compilations called Sagas of Icelanders.

About 300 years after this period, Iceland became one with Norway by the way if the Old covenant after a series of conflicts has created internal cracks in the Icelandic hierarchy. Later on, Norway (which Iceland was a part of) united with Sweden first then Denmark through the Kalmar Union. 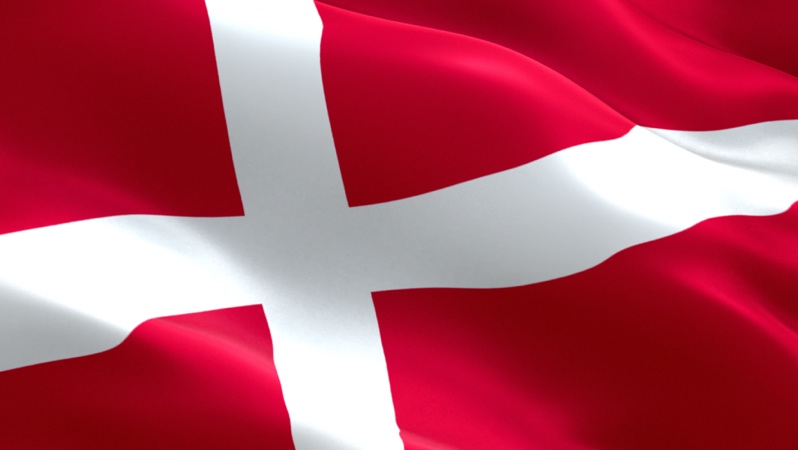 Iceland remained a part of Denmark until the 19th century when a wave of nationalism sweeping across Europe prompted the rise of a group pushing for independence. Less than a month after the First World War, Iceland became free and it was declared the Kingdom of Iceland on the first day of December 1918. Even after this, a union still existed between Iceland and Denmark until 1944 because they had the same, King.
In 1944, sequel to two referenda held on the 20th and 23rd of May, most voters opted that Iceland adopts a Republican status and that the Union with Denmark be annulled. On 17th June 1944, the choices of the voters were effected, Iceland became a Republic and the Union with Denmark ended. 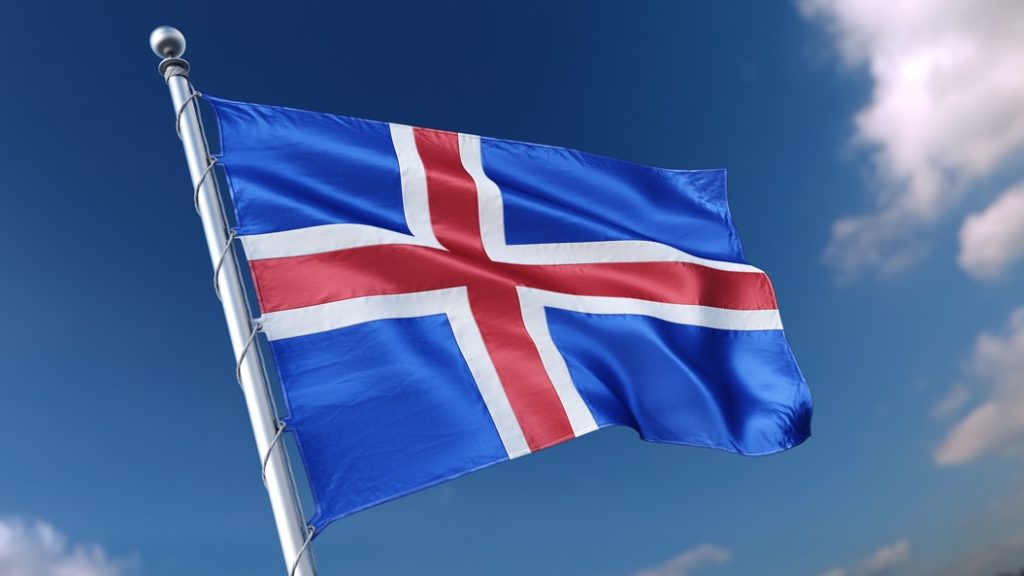 How Iceland was formed – The Geology

Iceland contains about 130 volcanoes and there is usually an eruption every decade or half-decade. The major constituent of the magma eruptions of the volcanoes is basalt lava and tephra. Based on the age of the rocks formed from basaltic lava, the Island can be divided into 3 regions: Quaternary flood basalts, Tertiary flood basalts, and Fissure Swarm. The tertiary flood basalts were formed during the Tertiary Granite Formation which occurred about 16 million years ago and they are the oldest rocks of Iceland still above sea level.

Fissure swarms make up about 30% of the whole Iceland, tertiary flood basalts cover most of the Northwestern region of Iceland and the Quaternary flood basalts are predominant in the southwestern, eastern and central parts of Iceland.
Iceland is about 18 – 25 million years old and is thus one of the youngest countries in the world. The formation of Iceland started about 60 million years ago when the mid-Atlantic ridge (the boundary between the North American tectonic plate and the Eurasian tectonic plate) started to give way and when mantle plumes appeared. Initially, Greenland was above the mantle plumes in Iceland and its thickness prevented volcanic activity but as Greenland drifted towards the southeast from where Iceland is currently, the mantle plumes became highly active. 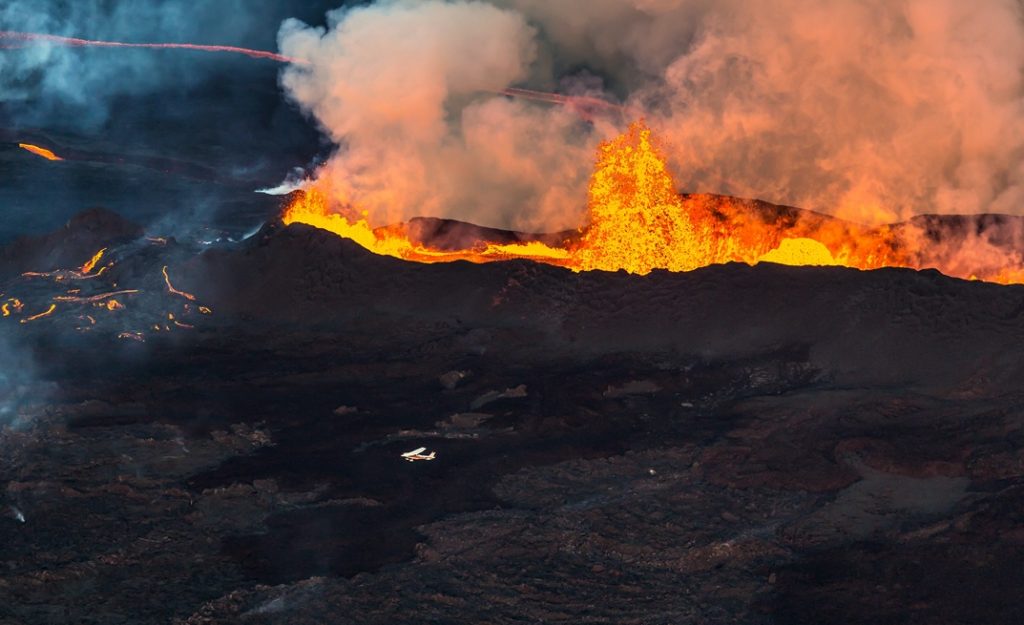 When Greenland finally drifted off the mantle plumes, massive volcanic activity started generating basalt lava over the ocean. The hot lava rose from the ocean floor to the surface and cooled off to become a new crust and fill the rift valleys. New crust was created through a constant activity of these volcanoes. Some of these drifted with Greenland and can be found in eastern Greenland as well as western Scotland and in parts of Faroe Islands.

About 30-40 million years back, the gap between Greenland and Scotland was not so much and it was still easy to move between both countries between a short time. The volcanic activity of the Mid Atlantic Ocean ridge continued to separate the regions and as it did, the land above the ocean was flooded with water. In about 10-15 million years, when the prevailing conditions were fluctuating, the land bridge between Iceland and these other regions submerged as the arctic water body flowed into the Atlantic Ocean and cooled the coast of North America – a phenomenon that altered the ecosystem significantly. The regions had been separated leaving behind the Island now known as Iceland.

Following the extinction of the dinosaurs, mammals started to appear 65 million years ago. About 30 million years later, mammals began to populate and dominate the different continents of the world. Different species formed in the sea, on lad, and in the air. Twenty-five million years after (5 million years ago), a barrage of ice age seized the world.
Initially, the planes of North American and European land which were highly elevated were not submerged in ice but they were affected by the continuous snow and precipitation that were a consequence of a combination of a change in wind direction and ocean shifts. Over time, the snow and precipitation accumulated and snow depths of as much as 18 thousand feet were achieved. Ultimately, Iceland was buried under the ice while the closest region, Greenland, was not buried but was covered in sheets of ice.

Ice Age is said to have cold periods and warm periods. The cold periods extend for longer than the warm periods with an average temperature of 4°C while the warm periods have an average temperature of 15°C and we are said to be currently in the warm period of the last Ice Age.
During the cold period of Ice Age, the magma from volcanic eruptions from beneath the ice burn holes through the ice melting the ice and forcing out sand, glass and the ensuing water in an explosion. The water, sand, glass and other materials similar to basalt react over the years to form a palagonite (also called a Palagonite Tuff or Volcanic Tuff). Iceland has a lot of volcanic tuff understandably because it has been covered in Ice for millions of years and a lot of Palagonite have formed from the volcanic activities in the region.

The valleys and fjords (long, deep and narrow body of water running far inland) were formed during the cold periods of the last Ice Age when glaciers cut rock formations to form deep cliffs. When the valley formed from the glaciers cutting rock are filled with water, they become fjords.
The Herdubreid Mountain, a table mountain in the highlands near the Askja volcano, was formed about 20 thousand years ago. It is thought by many to be the most beautiful mountain in Iceland and it is even called the Queen of Icelandic Mountains. It was formed when magma that erupted through the Ice ran off atop the glacier. After the cold period of the Ice Age ended, there were multiple eruptions and many volcanoes were formed. Glaciers melted and Iceland had no glaciers for many millenniums.
The North American tectonic plate and the Eurasian tectonic plate drift apart continuously, the North American to the west and the Eurasian to the east by about 1 inch per year. Due to this, as magma erupts from the ocean floor, the hot lava rises to the surface each time and cools to form a new crust over the drifting tectonic plates. Thus, a new region is always being formed where the two tectonic plates meet – which is the midpoint of Iceland. The activity of the mantle plume may be one of the reasons why the two plates have not drifted significantly apart.
This region with active volcanoes is called Neovolcanic zones and these zones are made up mostly of Fissure swarm basalt rocks. Some part of the neovolcanic zones also contains quaternary rocks. It is worthy to mention that approximately two-thirds of regional fissure eruptions in the world have happened in Iceland.

The geologic activity in Iceland makes it a fascinating place with the ice, the volcanoes, the geysers amongst others giving it a diverse outlook and because of its location, it is a nation that keeps growing.