Believe it or not, beer was banned in Iceland until 1989 (!) but we’ve come a long way since then. Icelandic hipsters have been busy over the past few years and the microbrewery trend has truly exploded, giving us some of the tastiest “bjór” you have yet to try! Before we will talk about beers themselves, we’ll talk some of the best breweries in Iceland.

Some of the best breweries in Iceland –

– Bruggsmiðjan Kaldi was founded in 2006 in the countryside in Northern Iceland by husband and wife team of Ólafur and Agnes and didn’t take long to become a true powerhouse in Icelandic beer craft. Ólafur had been a fisherman for over 20 years but when he got injured he had to find a new vocation, and luckily his calling was beer! The couple produce some truly fine unpasteurized beers using an old Czech brewing method. The brewery has also sprouted the Kaldi bar in Reykjavík, as well as beer baths (yes, you read that right!), but more about those later! It is one of the best breweries in Iceland. 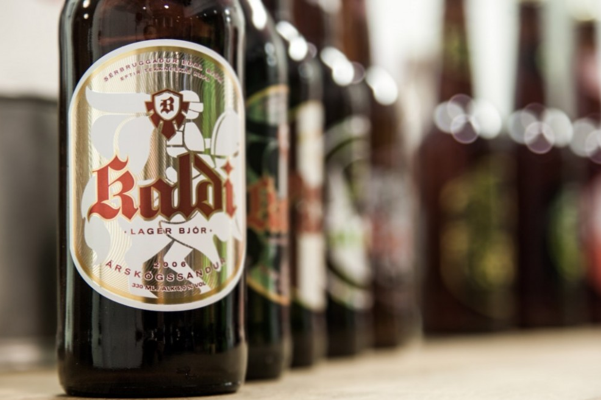 – Einstök Ölgerð began their operations in 2010 in the northern town of Akureyri. This company specializes in white beer and their citrusy white brew (best served ice-cold, with a slice of orange!) has won a bundle of awards and is seriously good! Einstök has a wide variety of other types of beers as well, such as pale ale, porter, and a summer berry flavoured brew. This is also one of the best breweries in Iceland. 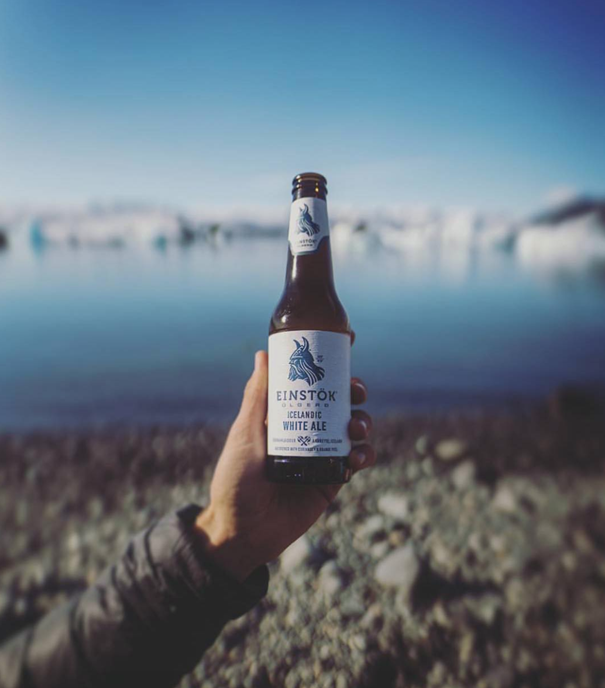 – Borg Brugghús also came into existence in 2010, in Reykjavík. Like Einstök, Borg has quickly gained international recognition and also has a few beer awards under their belt. Their first beer, Bríó (lager) won the Beer World Cup just a couple of years after it was lanced. Borg has a bunch of different delicious beers to sample, such as Skyrjamur (a blueberry sour), Ástríkur (a Belgian pale ale with rainbow label as the beer is a proud sponsor of Reykjavík Pride), Garún (stout), Úlfur (American IPA), Sæmundur (mango pale ale), and many more with fantastic Icelandic names (some even named after our thirteen Santa Clauses!). It is one of the best breweries in Iceland

– Gæðingur Brugghús in 2011 began their operation, at a farm in Northern Iceland. Owner Árni actually grew up on the farm and got the idea of starting the brewery when he had built a new cattle house and was wondering what to do with the old building. Gæðingur has a good selection of brews, such as pale ale, wheat beer, stout and IPA. One of the best breweries in Iceland. 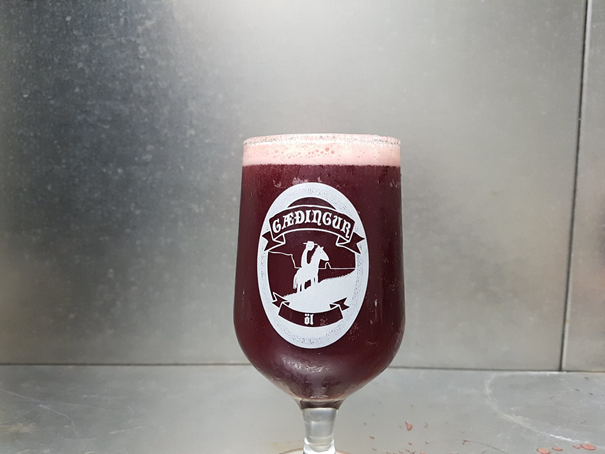 – Ölvisholt Brugghús began its operations in 2007 by two farmers with a passion for beer. Location is Southern Iceland, near Selfoss, the brewery is in an old barn and produces an interesting assortment of fine beers. Check out their Skjálfti (lager), Freyja (witbier), Sleipnir (pale ale), Skaði (farmhouse ale), Móri (red ale), Lava (smoked imperial stout), and OMG (chocolate porter). Good stuff! This is one of the best breweries in Iceland. 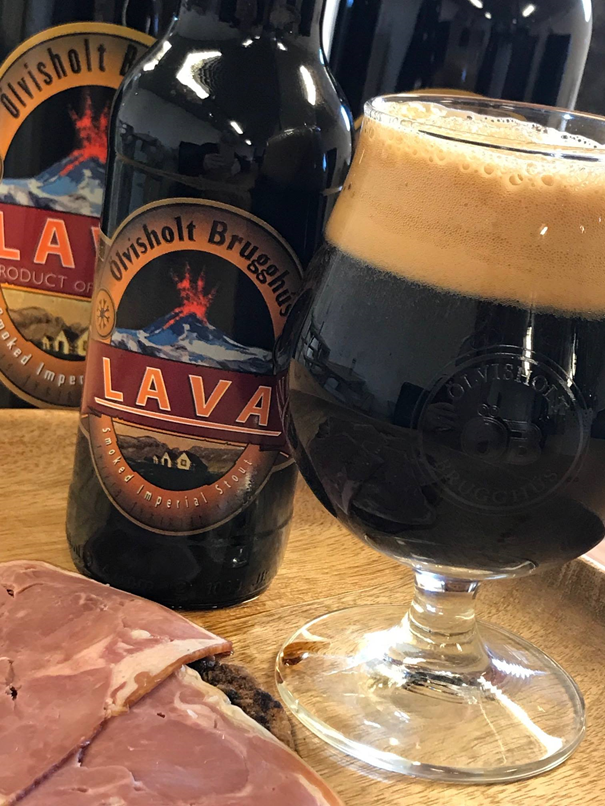 – Ölgerðin Egill Skallagrímsson is the oldest brewery in Iceland. The brewery has an establishment of 1913, just a couple of years before the start of our drawn-out beer prohibition, which must have been a huge disappointment for its founders! Although, luckily light-beer was actually during allowed those dry years, which kept Egill in business and today they are the biggest brewery in Iceland. Try out their award-winning Boli or their classic Egils Gull lager! This is one of the best breweries in Iceland.

Where to try them

Keep in mind that nearly all bars in Iceland have generous Happy Hour prices! Check out Appy Hour, an app dedicated to the Happy Hour culture in Iceland!

Good for a crash course into the local beer scene and an excellent selection of fine brews on tap. Located in the centre of town. 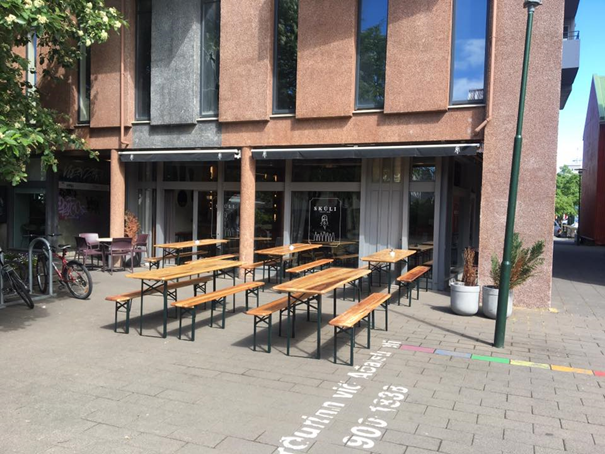 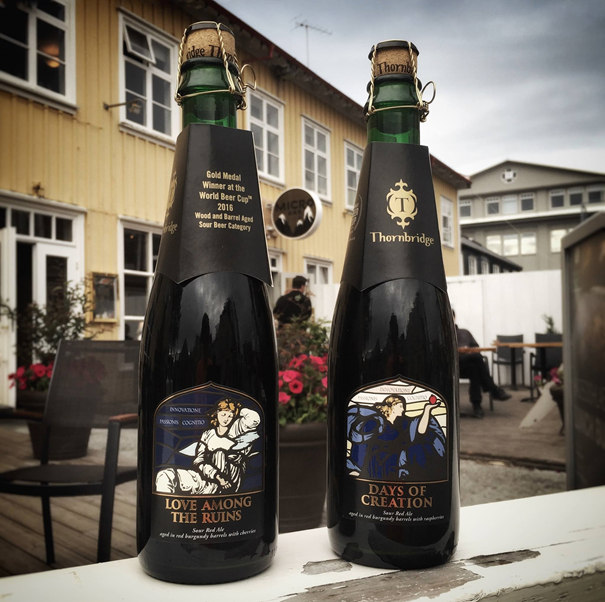 Make sure to visit this fab bar at the top of an unassuming residential building on Hverfisgata. A hipster favourite and attaches itself to a pizzeria which takes up the other two floors of the building. It is one of the most unique dining experiences in Reykjavik (the restaurant has no name and is called “the nameless pizzeria” by the local hipsters). Don’t miss the great view from the balcony! 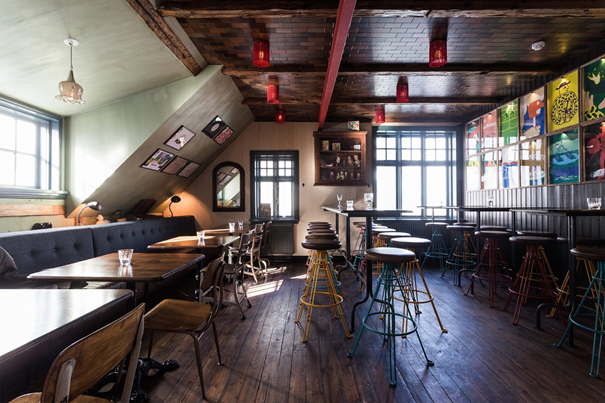 Lovely location by the harbour, a bustling area that just keeps getting better. In the summer you can sit outside right by the water with a view over the local fishing boats and the neighbouring mountains. There’s even a beer tour around the premises (Bryggjan also brews their own), naturally including beer tasting! 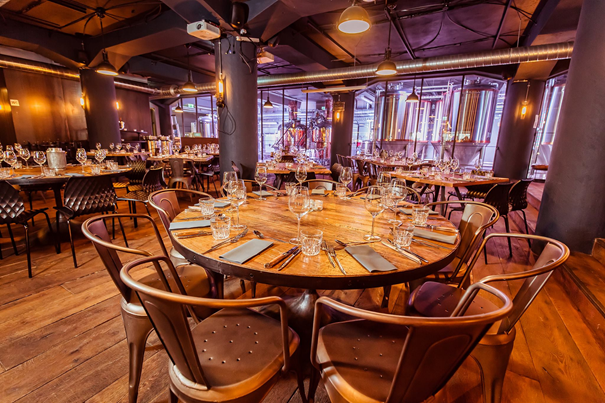 The Kaldi bar sprouted from the brewery a few years ago and quickly became one of the most popular beer spots in town. Buzzing with beer-guzzlers during Happy Hour and offers a terrific outdoor seating area which is perfect during those bright summer evenings. 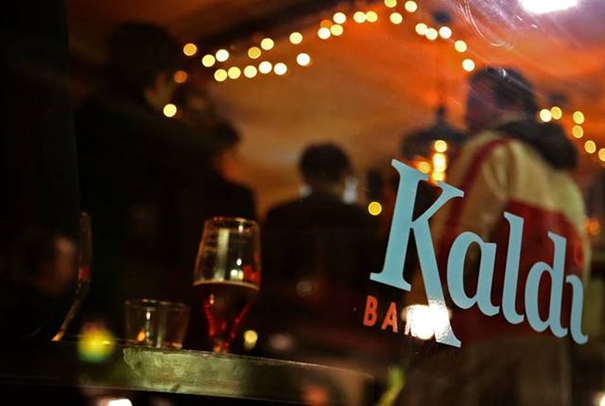 Of course, if you want to save your “krónur” you can always go straight to the liquor store, the state-run Vínbúðin, get a mixed-bag of the local brews and pre-party in your hotel room (or, during summer, at the popular hang-out park Austurvöllur, conveniently located right behind the downtown Vínbúð!)

– The Icelandic Beer Festival is a fantastic event for any beer lover and a brilliant way to know the local brews, and even a handful of overseas ones! The 2019 festival runs from Feb 22nd-24th with a chock-full program of all things beer!

– Beer Day (Bjórdagurinn) is a yearly celebration on March 1st to mark the elimination of the 74-year prohibition! On this day, many Icelanders head to the pub for a pint or two.

And don’t miss out on…

– As mentioned above, Kaldi now has beer baths in their HQ in Árskógssandur, not far from Akureyri. This is a truly unique experience where you actually bathe in beer, with a tap right next to your tub, where you can slurp all the beer you can during your soak (Homer Simpson’s dream vacation right there)! The booths are private (you book for either one or two people) and after the bath you go up to a relaxing room where you are wrap yourself in warm blankets to enjoy a few moments of tranquillity. The facility has a good restaurant, a shop selling a variety of beer products, and there’s even a hot tub outside where you can relax with a cold one, surrounded by the pure Icelandic countryside.