What You Need To Know About Churches In Iceland (Hallgrimskirkja)

Among the numerous countries scattered across the world, Iceland comes off as a country that possesses rapturous beauty and uniqueness. It is in fact viewed by tourists and travelers as a wondrous place blessed with iconic landmarks. Going down historical records, the Vikings who discovered Iceland thought it was absolutely special that they smartly named it Iceland in order to discourage settlers from happening upon the island. They then went on to name their brother country to the north which is made up of majorly ice Greenland.

While Iceland is indeed a sight to behold, a thing that set it apart from its neighbors is its impeccable church structures. In line with the above, there are over 350 churches in Iceland. For a nation that contains just 330,000, one would be led to believe that the nation is particularly religious. To shed some light on the religious nature of this nation, discussed below are churches in Iceland with special attention given to Hallgrimskirkja. 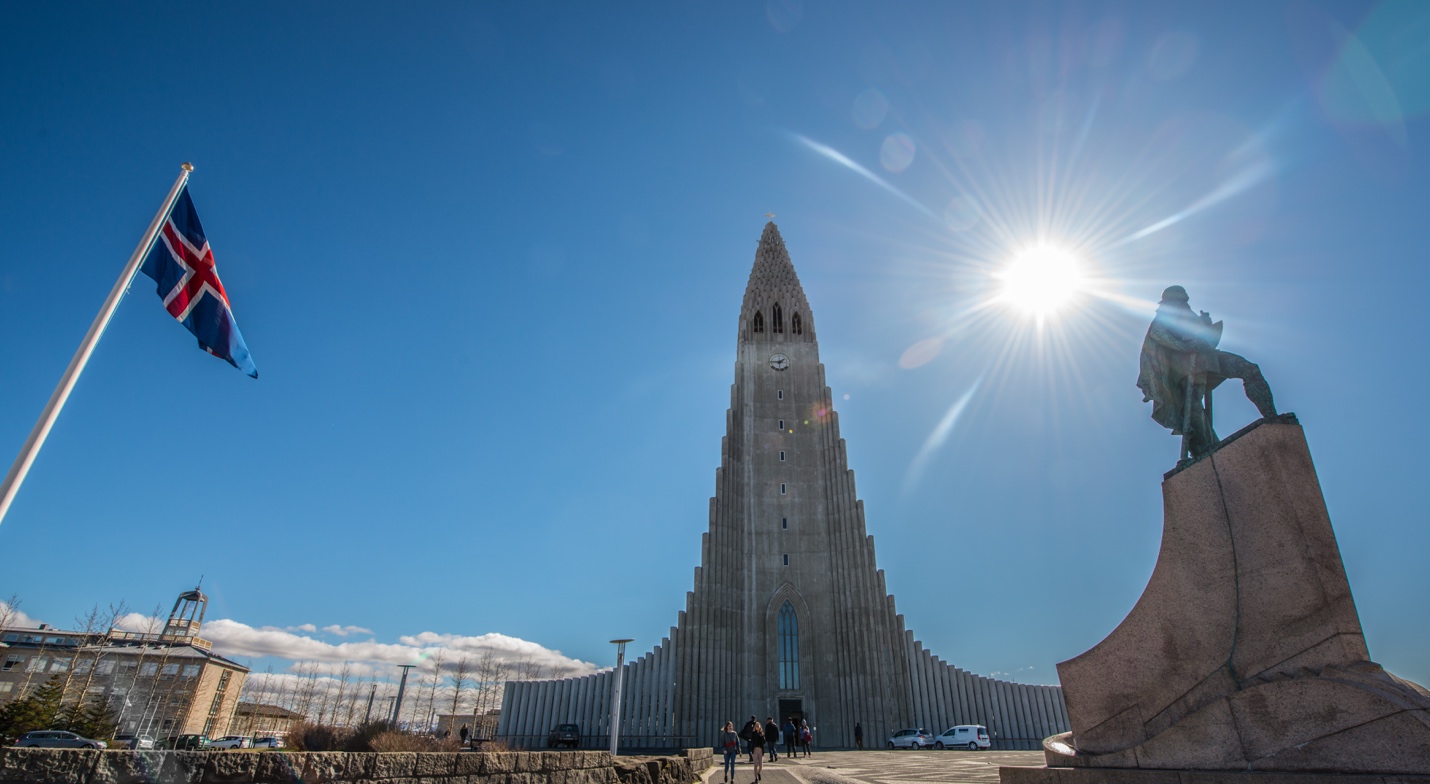 1)    How Religious Are The Icelandic People?:

Icelanders are particularly religious people (check out our post about Religion in Iceland). For travellers who have made their way into the island, they can’t deny the rich religious cultures that the citizens of this country have in place. Asides from the 350 churches built within Iceland, immediately Icelanders are born they are taken to the Lutheran Church of Iceland to be properly registered as Christians. Their teenagers of the age fourteen are taken for confirmation. This confirmation is a tradition that can never be broken as it signifies the passage of the fourteen-year-olds from childhood into adulthood. While statistics has it that 85 percent of Icelanders are Christians, the country is ranked as the sixth country with the highest number of atheists. Be that as it may, we do know religion cannot be imposed on anyone not even the 15 percent of Iceland inhabitants who are not Christians.

Having discussed the Christian believes of Iceland inhabitants, let’s explore the most popular church (Hallgrimskirkja) that has been erected within it.

2)    What Is Hallgrimskirkja And How Is It Pronounced?:

Like many places in Iceland, the pronunciation of this beauty can be a bit ancient and heavy on the tongue. However, if you would like to get a go at it, the Icelandic pronunciation is ˈhatl̥krimsˌcʰɪr̥ca, an approximation is HALL-creams- kirk-yuh. It translates to the church of Hallgrimur.  The church stands as the largest and the tallest buildings in the country and is strategically built in Reykjavik. What’s more, the church shares the same name with the Icelandic clergyman and poet Hallgrimur Pétursson, author of the passion hymns. Having established what Hallgrimskirkja is and how it is pronounced, let’s move on to the details about Hallgrimur.
In one of Reykjavik Outventure tours you will visit this magical church, Guided Reykjavik museum, food & drink walking tour.

3)    Who Really Is Hallgrimur And Why Does The Church Share The Same Name With Him.

Hallgrimur Pétursson was a minister and poet who lived a well-accomplished life. As a poet who lived in the seventeenth century, he authored the passion hymns. He was born in the year 1614 and passed on in 1674. As a display of his influence during his lifetime, his poem the passion hymns enjoyed widespread popularity and is today still being sang at various Icelandic homes and even enjoys frequent broadcast on radios during the Lent period.

4)    When Was This Architectural Wonder Erected?:

This  Edifice was first designed on paper in the year 1937. It remained a design until the year 1945 when its building process started.  The crypt situated underneath the choir was dedicated in the year 1948. The wings and the steeple were wrapped up in 1974 and the entire monument in all its concrete glory recorded its completion in the year 1986. Throughout its forty-one years of being under construction, the people of Iceland saw it as an absolute waste of funds belonging to the public. The building was also regarded as being old fashioned and was also seen as a poor combination of different architectural designs. However, currently, Icelanders have come to regard it as a stunning landmark worthy of adoration. It can literally be seen throughout the sky and it was constructed with outspread wings that make it look like its literally about to take off.  The only thing that rivals its beauty in Reykjavik is the statue of Leifur Eiriksson which is built directly outside it. With such aesthetics, it is no wonder why it is the Reykjavik’s most photographed site. 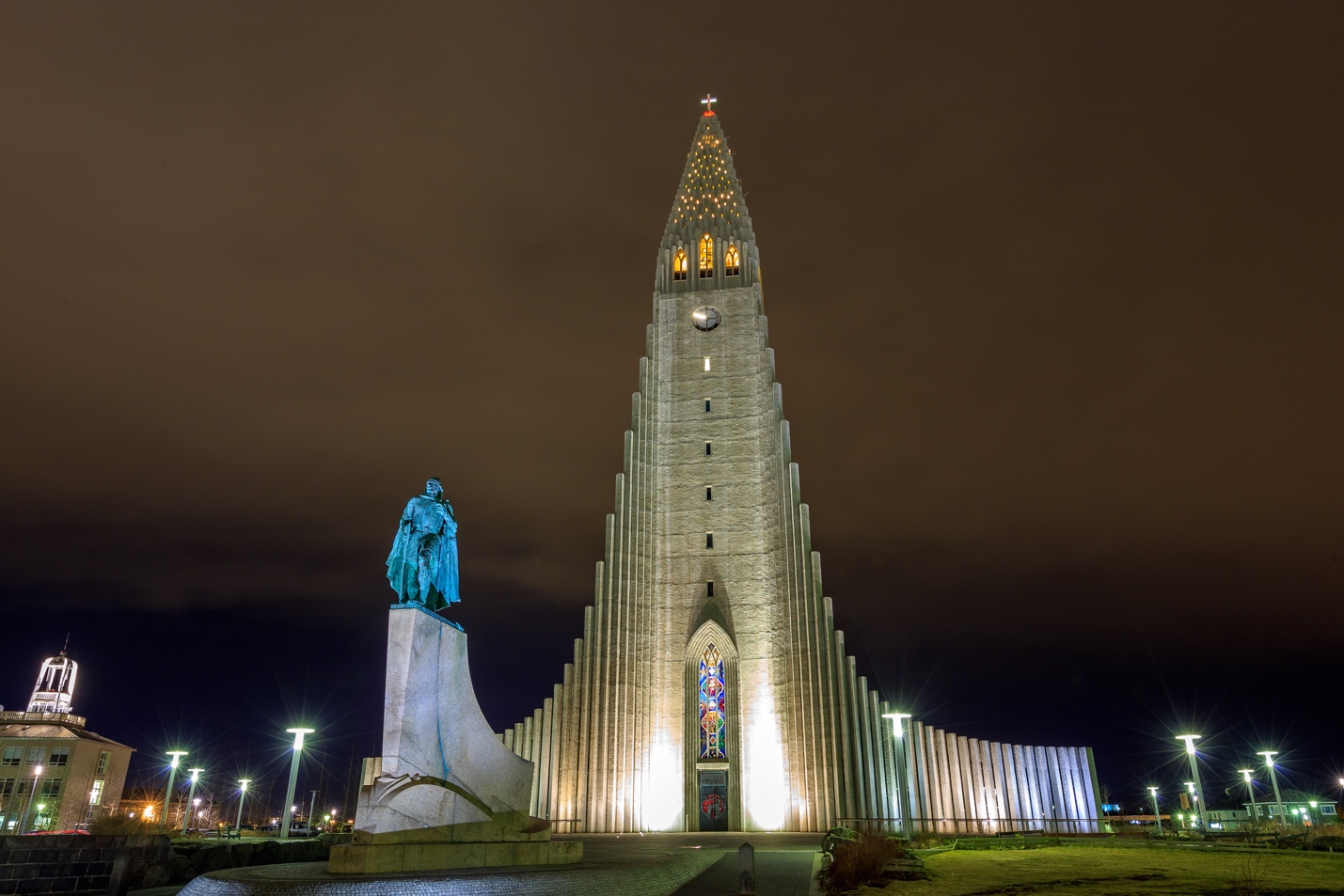 5)    Who Is The Brain Behind Hallgrimskirkja And Why Does The Church Look Like Its About To Take Off?:

With such a glorious edifice standing within Iceland, it would be a blunder not to seek out the brains behind its construction. The Hallgrimskirkja Lutheran Church owes its existence to none other than Guðjón Samúelson an Icelandic state architect. Guðjón worked on several other projects and from their final looks, it was clear that he was a die-hard believer in the go big or go home school of thought. His crowning glory was the Hallgrimskirkja. In an attempt to come up with an iconic architectural design for the church, he opened up his mind to appreciating the vast natural wonders of Iceland. His front lining inspirations were the towering mountains and the sweeping glaciers. Most impressively, the edifice intimidating wings and steeple were inspired from the peculiar formations of the columnar basalt situated along the coast of Iceland. Its beauty is so widely known that it enjoys commendable Instagram likes and popularity. What’s more, the Hallgrimskirkja church has some resemblance to the design of Grundtvig’s Church of Copenhagen, Denmark, which was completed in the year 1940.

6)    What Is The Exact Height Of Hallgrimskirkja?:

While we have understood that the Hallgrimskirkja Lutheran Church is a towering monument high enough to be seen across the sky, it is important that we understand the exact specifications of its height.

Hallgrimskirkja is measured at 74.5 meters (244 feet). It is regarded as the building that has the highest stature throughout Reykjavik, Iceland.  It was also strategically placed on top of the Skólavörðuholt downtown hill. This position contributes to its intimidating height. Inhabitants of Iceland and travelers report that the best view of the city is gotten from the buildings observation desk built into the peak of its steeple. That said, historical facts have it that the Hallgrimskirkja Lutheran Church was originally intended to be less intimidating in height, but the heads of the Iceland church desired to outshine the Landakots church. The Landakots church stood as the cathedral of Iceland Catholic church.

Not too far back, churches in the country left their doors open. However, few Iceland residents abused this privilege. This resulted in churches including the Hallgrimskirkja Lutheran church closing their doors and creating opening hours schedule. The Hallgrimskirkja Lutheran church is opened to the public every day. However, the time varies depending on the months and the season in question. During the winter season which usually falls within October to April, the church stays open during the hours of 9 am to 5 pm. During the summer season which occurs from May to September, the church stays open from 9 am to 9 pm. This makes it possible for anyone and everyone to appreciate its glorious interior while also having the opportunity to contemplate and pray.

On a final note, if you decide to make a trip to Iceland, you literally cannot go through a town without spotting a church. Some of them are even erected in really odd places where people or residential houses are not in sight. Be that as it may, as a result of Icelanders love for Christianity, the country has been able to build a church that is recognized around the globe.  Asides from being a place of worship and contemplation, Hallgrimskirkja is used as an observation tower. Observers are free to use an available lift up to the viewing deck and see the natural wonders of Reykjavik.