The History Of Icelandic Football

The history of a location is usually incomplete without referring to certain factors specific to the said location. Some of these factors could be landmarks, arts, food, and sports. All of these factors are very important in discussing the significance of a specific part of the world. Iceland, which is characterized by a lot of volcanoes and glaciers, also have an array of cultural heritage. A huge part of this amazing island’s culture is sports. There are a variety of sports played in Iceland like; handball, volleyball, basketball, horse riding, and football.

Many people around the world enjoy the game of football either as a sport or their favorite past time. However, this article will be more focused on the history of Icelandic football and where it all began. 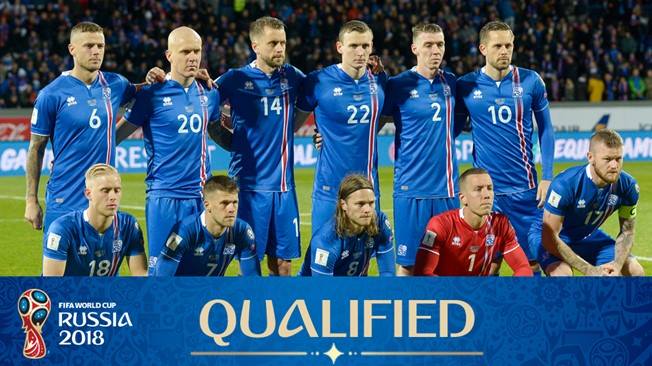 When Did The Game Begin In Iceland?

The first time football began in Iceland can be dated back to the 20th century. Iceland is filled with ice, volcanoes, lakes, and barely any land filled with grass for a sport like a football. As a result of Iceland’s terrain and landscape, pitches were at best a dried bed of magma, sand, or gravel. There was barely any opportunity to train or improve on their skills as a team. As a matter of fact, Iceland would not be able to play on grass until 1957. The first Icelandic team founded in 1912 was called Úrvalsdeild. This team was well recognized and partook in a lot of matches, however, it wasn’t internationally recognized. According to history, the first international match the Icelandic football was ever involved in was recorded in 1930.

The match took place on the 29th of July, 1930 and was against the Faroe Islands, of which Iceland became victorious. At this point in time, the Icelandic football team was gaining enough recognition. As the years went by and after several matches, they became recognized by FIFA as well. They became a part of the event by 1946, hence their first FIFA recognized match was on the 17th of July, 1946. The match, unfortunately, wasn’t a positive one for them, as they lost to Denmark.

This match held in  Reykjavík, and ended in a score of 0-3, with Denmark taking the win for scoring 3 goals.

The Journey To FIFA & The UEFA European Championship

The Icelandic team had a very astonishing journey to being affiliated with FIFA and the UEFA European Championship. The journey lasted over 20 years, after which they will be known as the smallest team to ever be a part of the FIFA league. In 1954, Iceland was rejected from partaking in the qualification of the 1954 world cup.

In 1958, the Icelandic team was a part of the qualification process, however, they finished last on their group. This was because, they had zero wins and therefore, conceded over 26 goals. However, in 1994, the situation turned around as the team reached a good ranking for the first time. They ranked as the 37th and remained in that position for the longest time, until 2016. They ranked as 21st in 2016. 2015 was the year Iceland qualified for a major tournament in a qualification process for Euro 2016.

They were able to beat the Netherlands in the Group A qualification and losing just two games. During this time, they ranked as 23rd in the World, which was more than an achievement for them. 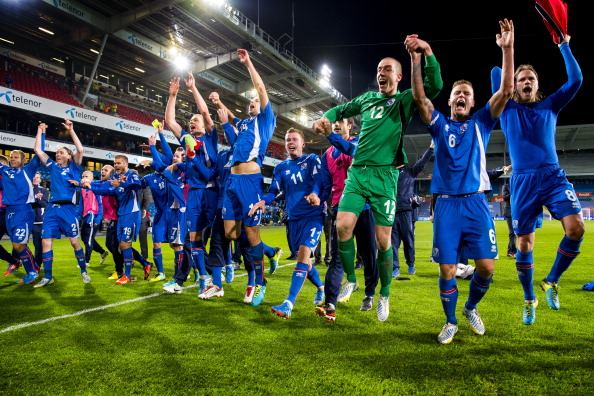 Iceland’s first ever championship took place in 2018, after beating Kosovo in a match that ended 2-0. This made Iceland the country with the smallest population to be a part of the World’s Championship. It was, also, a historic moment for the Icelandic team, because they broke the jinx! They finally did it and was a part of the World’s Championship after trying and failing so many times. The Icelandic team was drawn in a group with Nigeria, Croatia, and Argentina.

Even though Iceland was predicted to win because of their impressive performance in Euro 2016, it didn’t end that way. Unfortunately, they lost their chances of moving on from the group, because of the 2-0 loss to Nigeria. Their loss puts them in a match against Croatia, who were already qualified. Iceland lost to Croatia, and because Nigeria lost to Argentina, they finished at the bottom of the group with a single point.

Writing about the history of Icelandic football will be incomplete without talking about one of its star athletes. Amongst so many, one of the most popular is Rurik Gislason.

Rurik Gislason, an Icelandic midfielder, who plays for SV Sandhausen, has played a remarkable role in the history of Icelandic football. He started his career with HK Kópavogur and has since been a force to reckon with. Rurik was a part of the squad, who represented Iceland in the 2011 UEFA European Under 21 Football championship. He has had 53 appearances and 3 goals against Liechten, Latvia and Estonia, respectively.

Rurik Gislason has played in several matches and was named in Iceland’s 23 man club for the 2018 World Cup.

The Icelandic football team is on its way to making a name for itself, as they have had some wins over the years. Even though this team comes from a country with a small population, they make up for it in the players. Speed, skill, and determination are just a few words you could use to describe the Icelandic team. However, with more work, they will get more recognition in the years to come.