During a scheduled transport method a layover (also referred to as way stations or a connection and is sometimes called stopovers) is a stopping point for a vehicle. It is also the case with these stops during which a passenger might change his or her designated vehicle. In public transport, it usually happens that the passenger will only take a few minutes to change the vehicles. On the other hand in airports what happens is that the change in different planes takes much longer than the public transport. Therefore, a passenger waits in a terminal at the airport to wait out the time period during the changing of the vehicles. 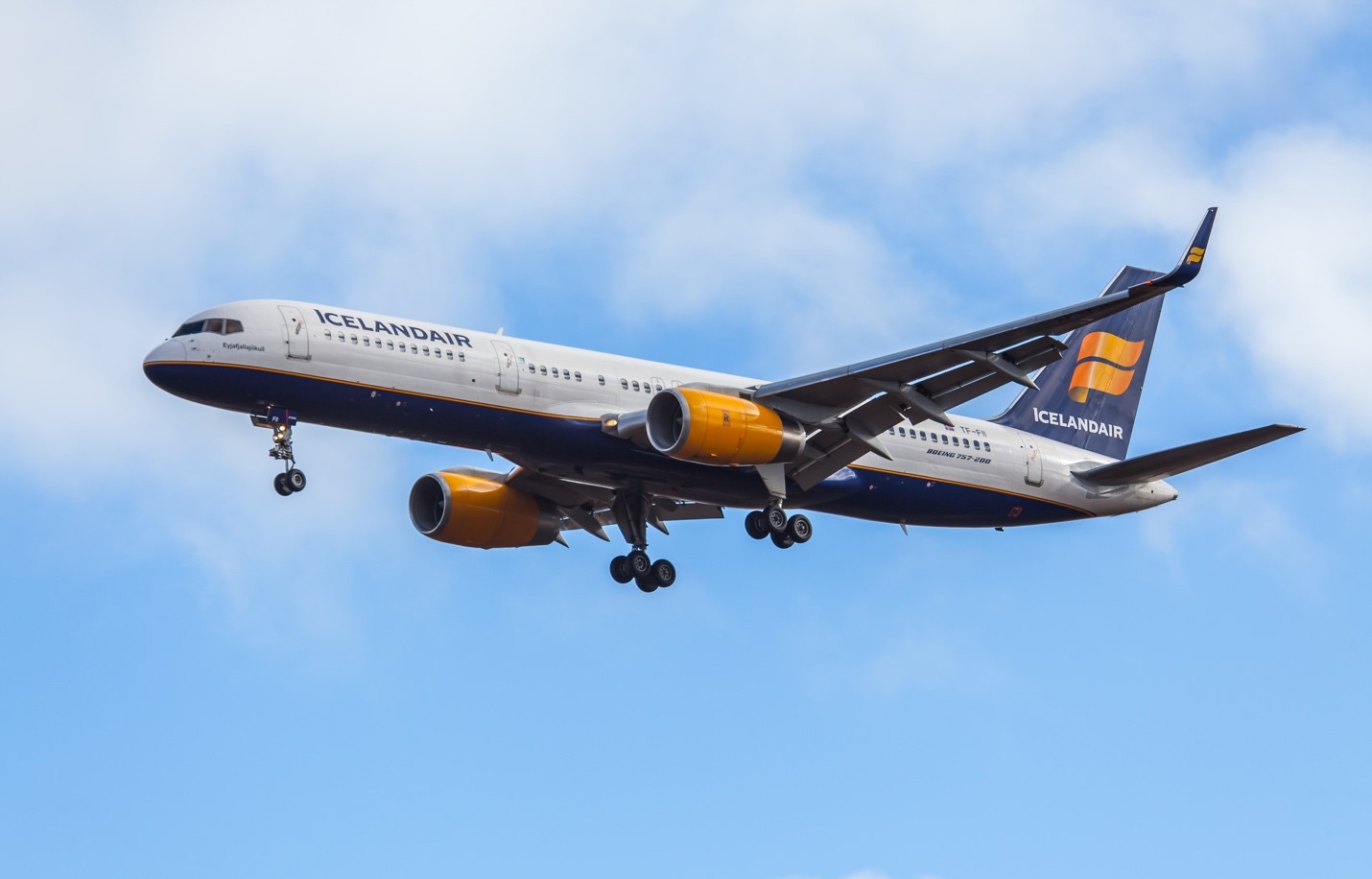 The maximum waiting time depends on different variables pertaining to airport and flight layovers. For a local flight in USA and Canada, this waiting time can be up to 4 hours but for the international flights (including domestic stops) time periods for a stopover, waiting can be more than 24 hours. For example, You are coming from the USA and maybe heading towards Russia, you might land in Keflavik, Iceland and wait there for 24 hours before heading for a flight to Russia.

There is a little difference in the terms stopovers and layovers that can be used interchangeably. Stopovers are a little less time consuming than layovers. It is because stopovers are usually incidental to flights that are getting from one point to another. On the other hand, layovers are part of a traveler’s itinerary. It seems that airport and flight personnel have a different language for their own conversations. Many of the terms they use can be considered similar but actually are just similar-sounding and have very different nuances of meanings. 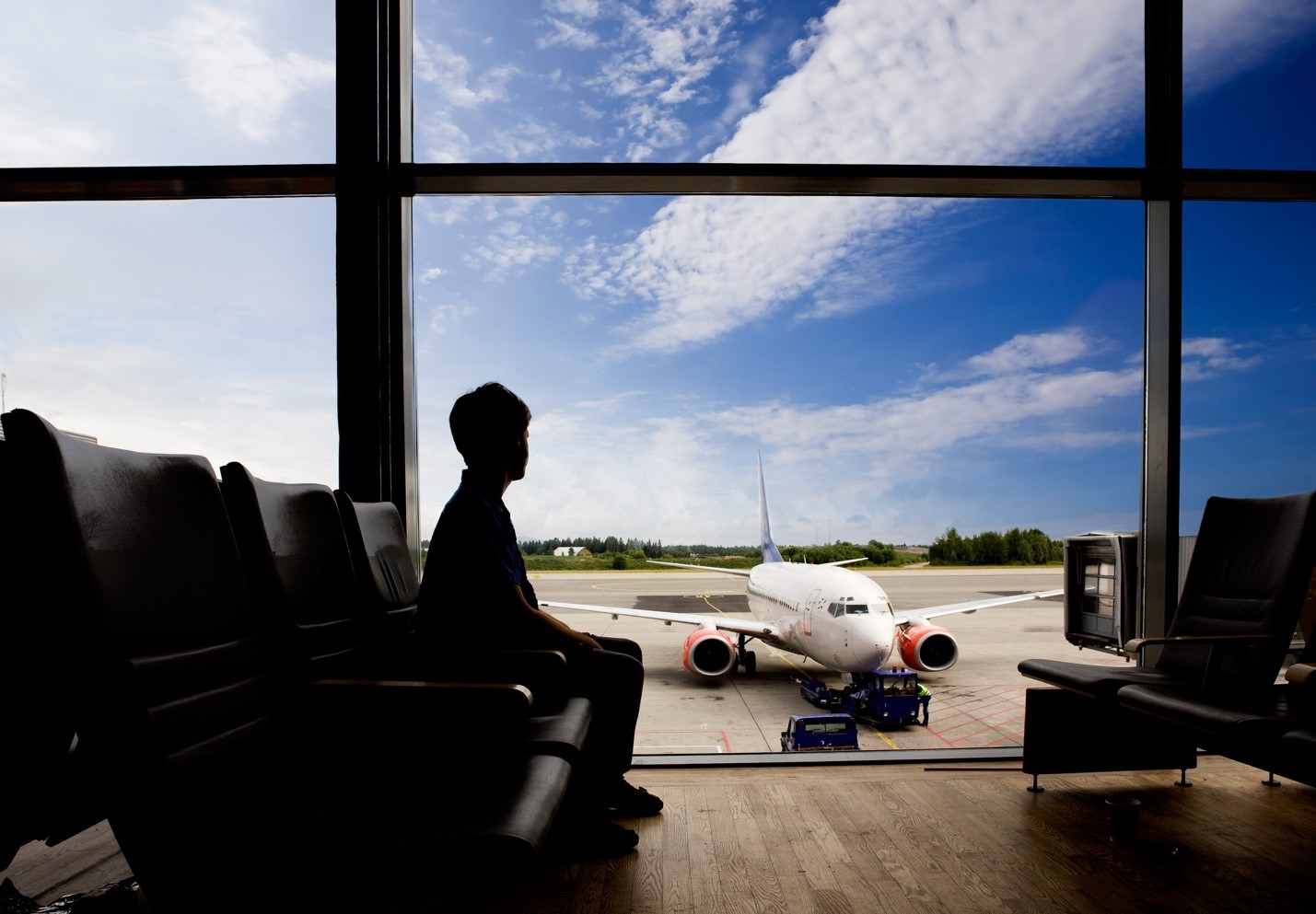 Airline crew also uses the term very differently as in a completely different light. They use this term as a way to express that they are going to stay overnight in a certain location. But essentially the term can literally be used by the passenger to define a connection or a scheduled stop between different flights as part of the itinerary.

Iceland has been used for and is still used as layover location for passengers who travel between North America and Europe. This means the layover is usually for the passengers who are on a transatlantic flight. This has essentially benefited Iceland’s economy substantially and has made Iceland a premier location or destination for laying over. 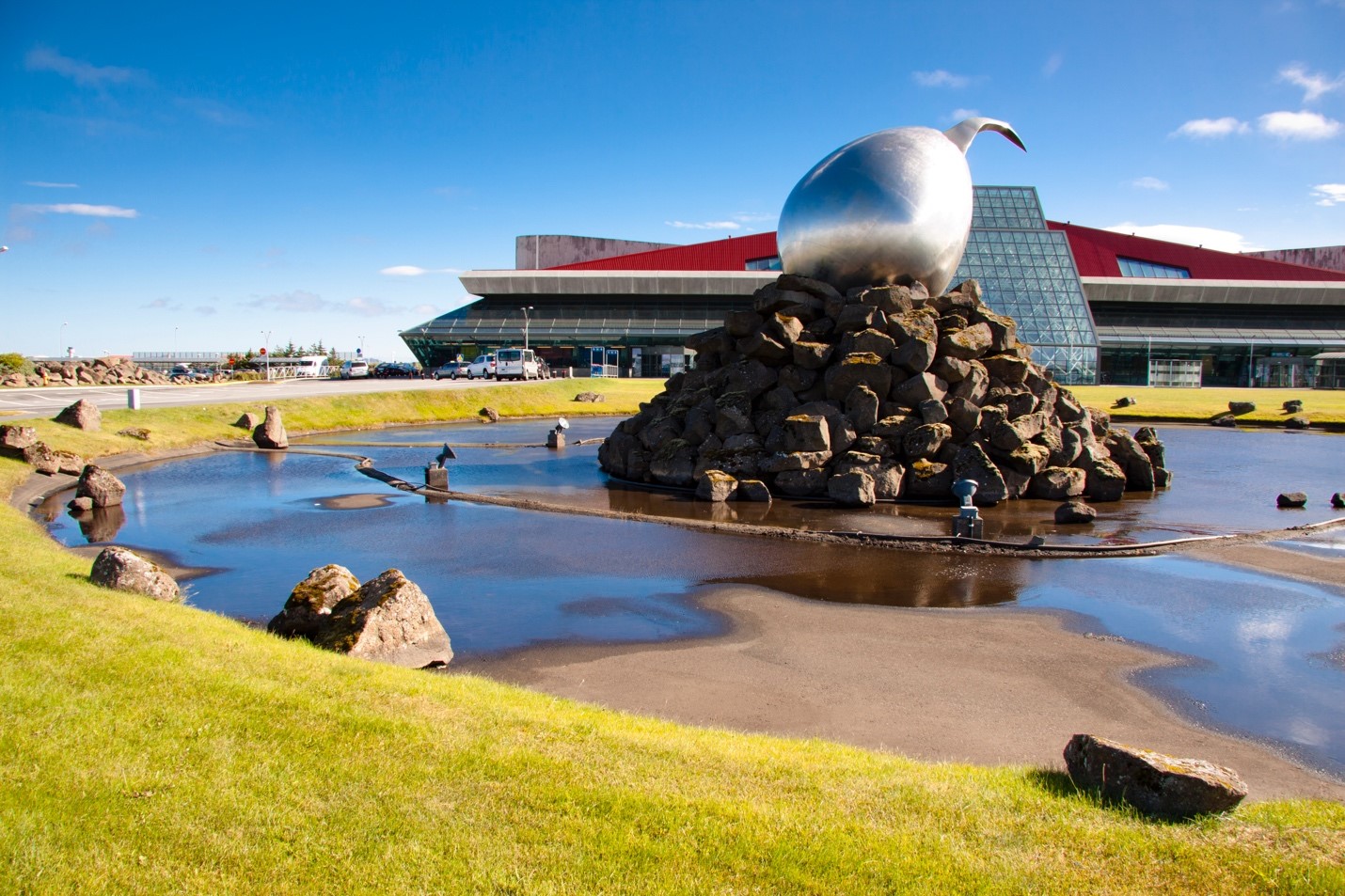 You will most probably land in Keflavik International Airport, one of the biggest hub terminals for flights in Iceland. Keflavik is a city in the Reykjanes peninsula of Iceland. There is another more popular hub of international flights in Reykjavik, the capital of Iceland.

What to do in a layover in Iceland:

It is probably an understatement of the year that Iceland is a beautiful country, but indeed it is magnificent. You should not miss out on a chance of visiting this cool and awe-inspiring country. While many passengers and traveler come directly to Iceland but you are also welcome to visit it during a layover. Iceland’s many of the major Airlines and agencies have been providing layover schemes to the passengers. There are a lot of things to do in Iceland and there are literally a good number of locations scattered throughout. During a layover (especially that of more than 24 hours one) you should visit these places and try some of the things mentioned below:

The Keflavik International Airport is nearby this beautiful place of lava fields, magnificent landscapes. The Blue Lagoon is also nearby, so you do not need to worry about the time if you land in Keflavik. While Keflavik itself is also in the Reykjanes Peninsula, it is very small, so you would not be satisfied if you have a long layover here. 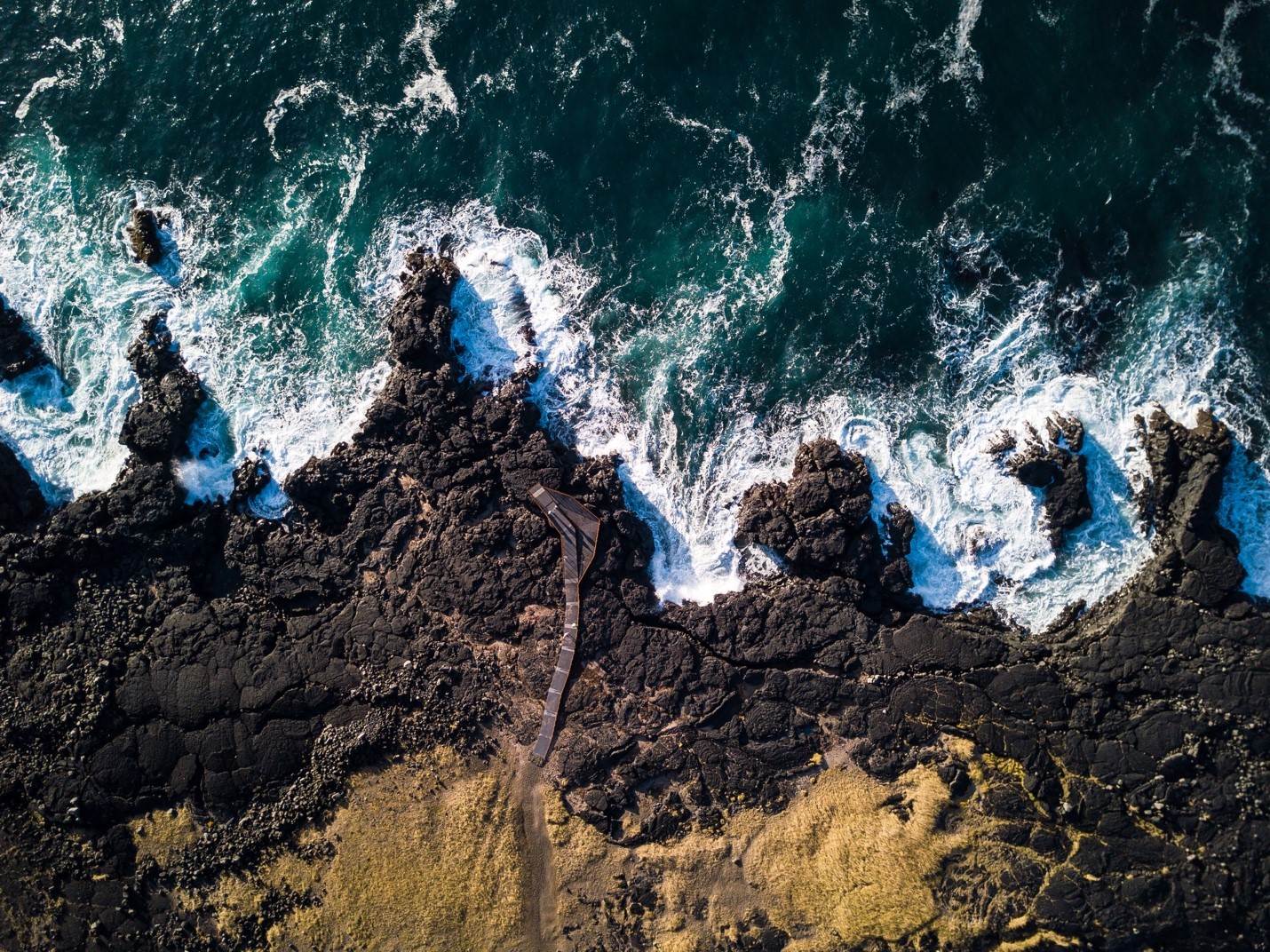 In this case, you can head up to Reykjanes Peninsula. This place is the only place where it is possible to see the Mid-Atlantic ridge above sea level in all of its glory. They say this is a “the bridge between continents”.

Your visit to Reykjanes will change the way you see things, which means it will change your psyche. This region is a UNESCO Global Geopark and is defined by its stark coastlines, haunting blue mountains, and majestic volcanic fields. Almost as soon as you land in Iceland you will be thunderstruck by how much of Reykjanes is characterized natural landscape and low urban development. How symbiotically the towns and cities in Reykjanes integrate with the land surrounding it. You would not able to stop imagining the hard lives that the Icelandic people have lived and their stories entrenched in the country and its storied sagas. 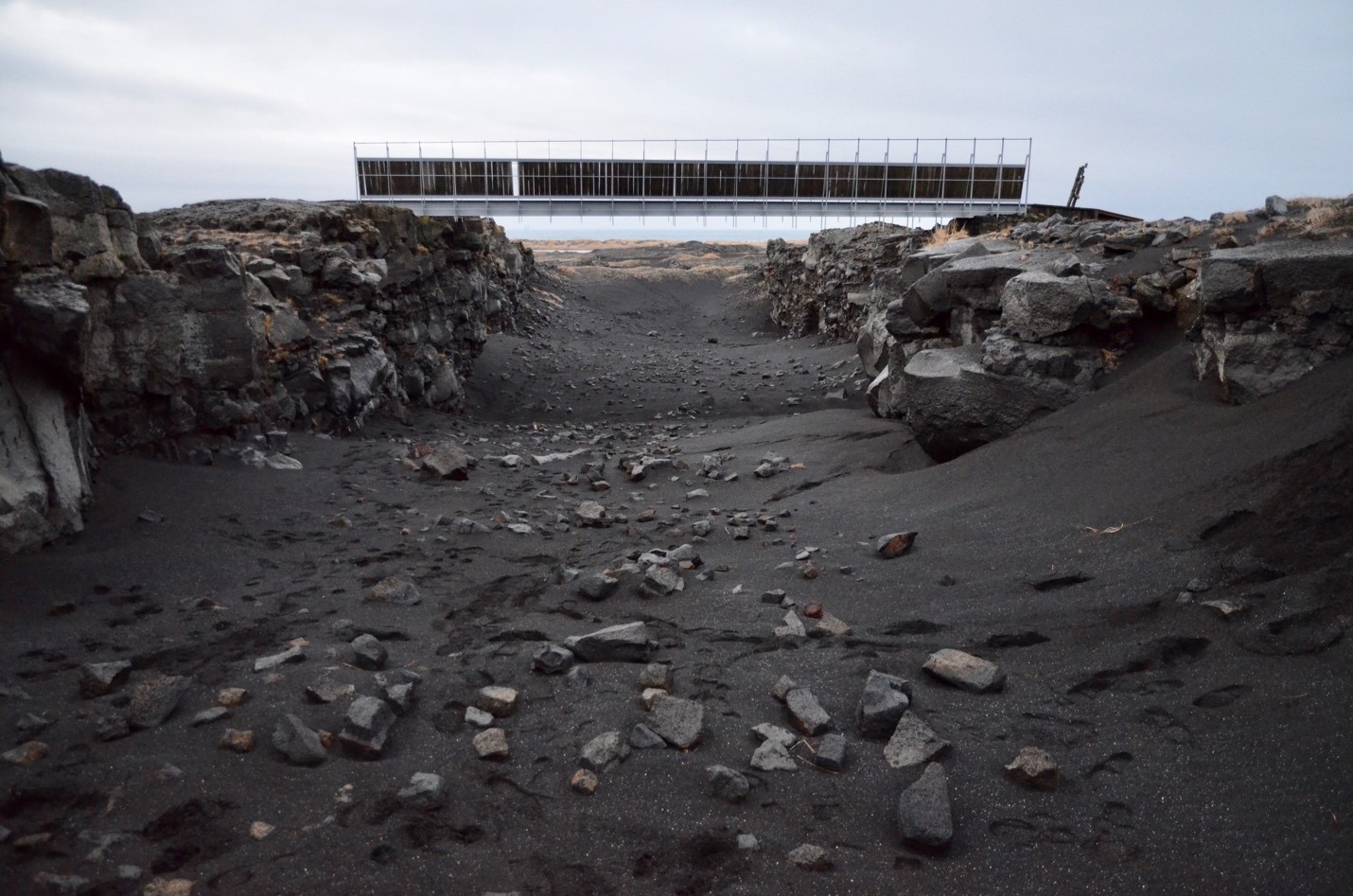 In the outskirts of Reykjanes, there is a museum called the Viking World, if you are interested in the history and culture of Iceland. The museum boasts a huge replica of 9th Century Viking Ship, 5 exhibitions and enormous zoo. For absorbing this country’s fascinating story, be sure to visit this museum.

Most people who visit Reykjanes visit it for its natural landscapes, not for its culture. So, it is very fortunate for the Reykjanes peninsula, which has these natural attractions in abundance.

There are many rock formations in the peninsula that look very unearthly and henceforth literally majestic. The ones near Brimketill (a natural pool at the coast of Atlantic) and Hafnarberg hills (it has lots of birdlife) have very beautiful formations so do not miss out on them.

This place is also near Keflavik and is vastly a popular place for layover visitors. Spend some time luxuriating in the natural and world-famous spa of Iceland. 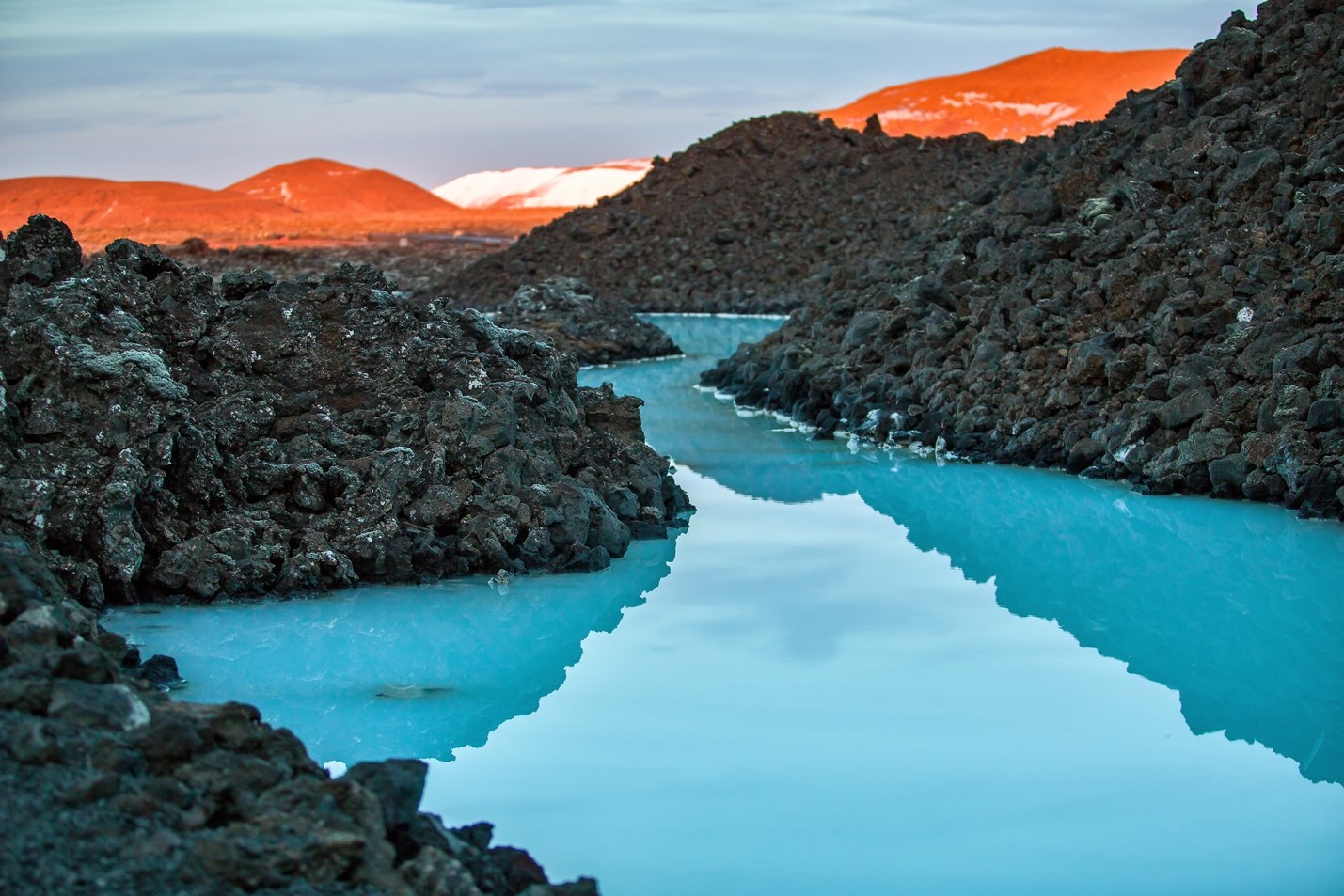 It is such a popular spot for attraction in Iceland that a prospective passenger has to book a spot in this geothermal spa. Sometimes the booking has to be made many weeks in advance. Food and drinks can be provided at the spot itself. Pricing is different for adults and children.

The capital of Iceland has attractions of its own. It is the world’s northernmost capital that was founded by Iceland’s first settler, Ingolfur Arnarson in 870 AD. And, to this very day, the capital maintains its Scandinavian heritage through its architecture and culture. It is a 45-minute drive from its own airport. 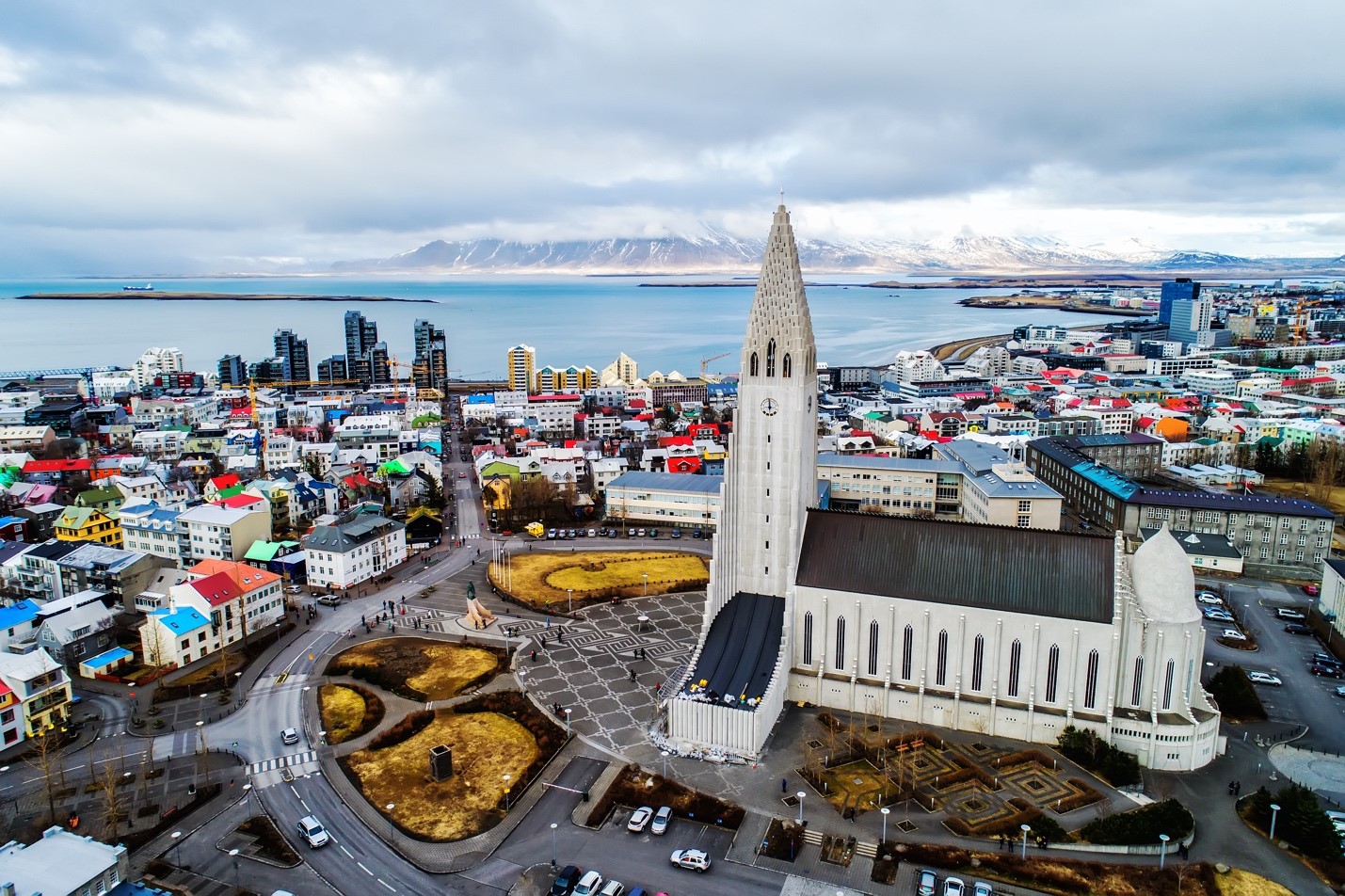 This city has all the things a modern metropolitan can ask for. Museums, art galleries, shopping malls, flea markets, great food, and drinks. Like an old village, most of the urban placement is located at the coast of the Atlantic Ocean. Overlooking this magnificent beauty is the ever so popular Mount Esja (also called Esjan). 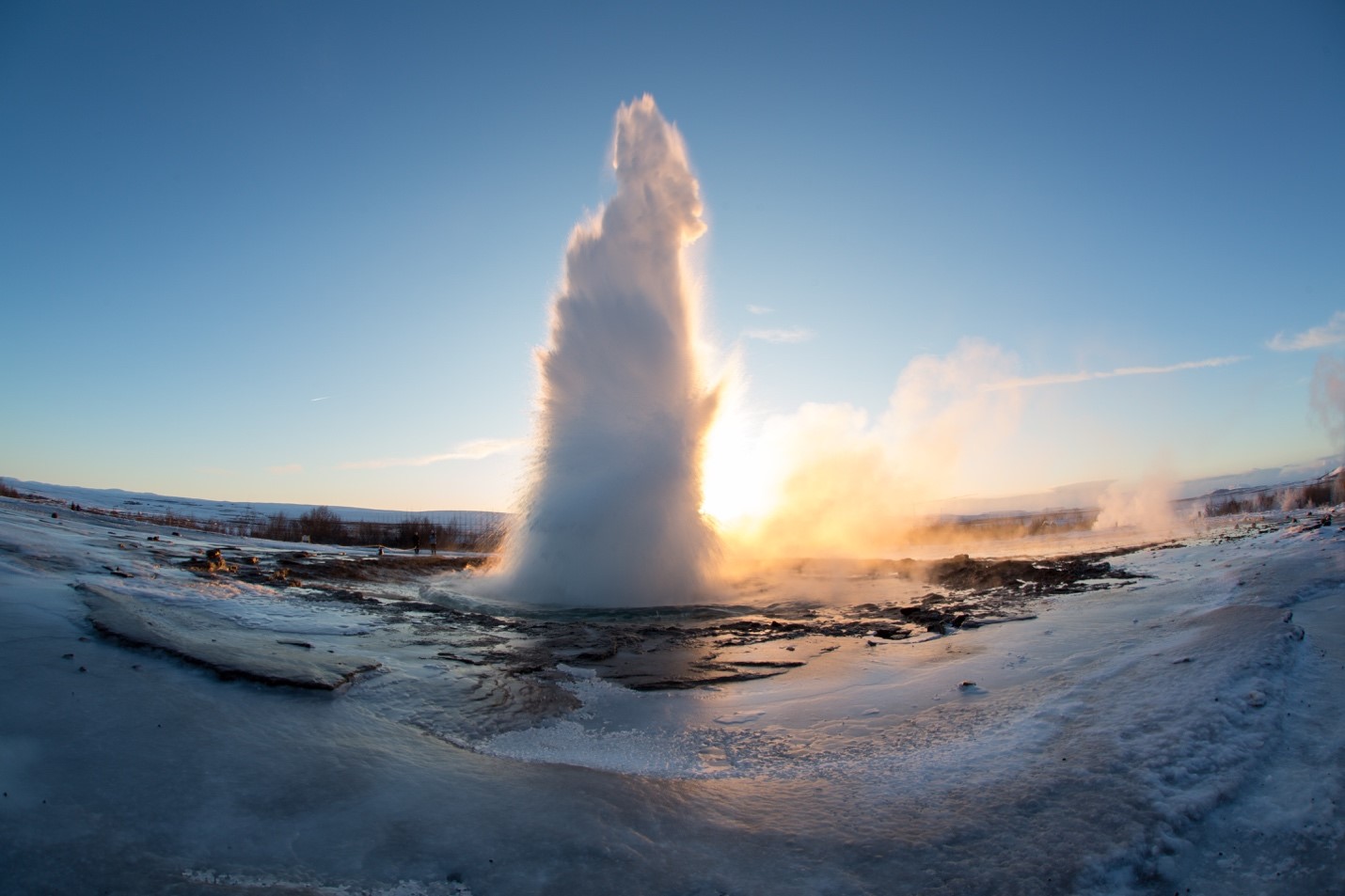 You can visit them separately but it is best that you do these all together.  Pingvellir boasts world’s only visible tectonic plates that are separating approximately 1 mm every year. This will make Iceland a No Man’s territory in the coming years.  Gullfoss is a very aesthetically beautiful waterfall near Hvita River, and it is where Iceland’s environmental movement began. Haukadalur Geothermal Valley has one of the kind hot springs in named Geysir and Strokkur.

Layover Day tours: Lagoons, Volcanos, and Tours with your own adventure guide

Many agencies and provide tours for a layover in Iceland. One of these is our own Reykjavik Outventure, that provide high-class tours around Reykjanes Peninsula with a pick/drop facility from Keflavik International Airport. They are around 4 to 5 hours long and Food/Drinks are provided in between. The starting time is flexible and is dependent on your preference. 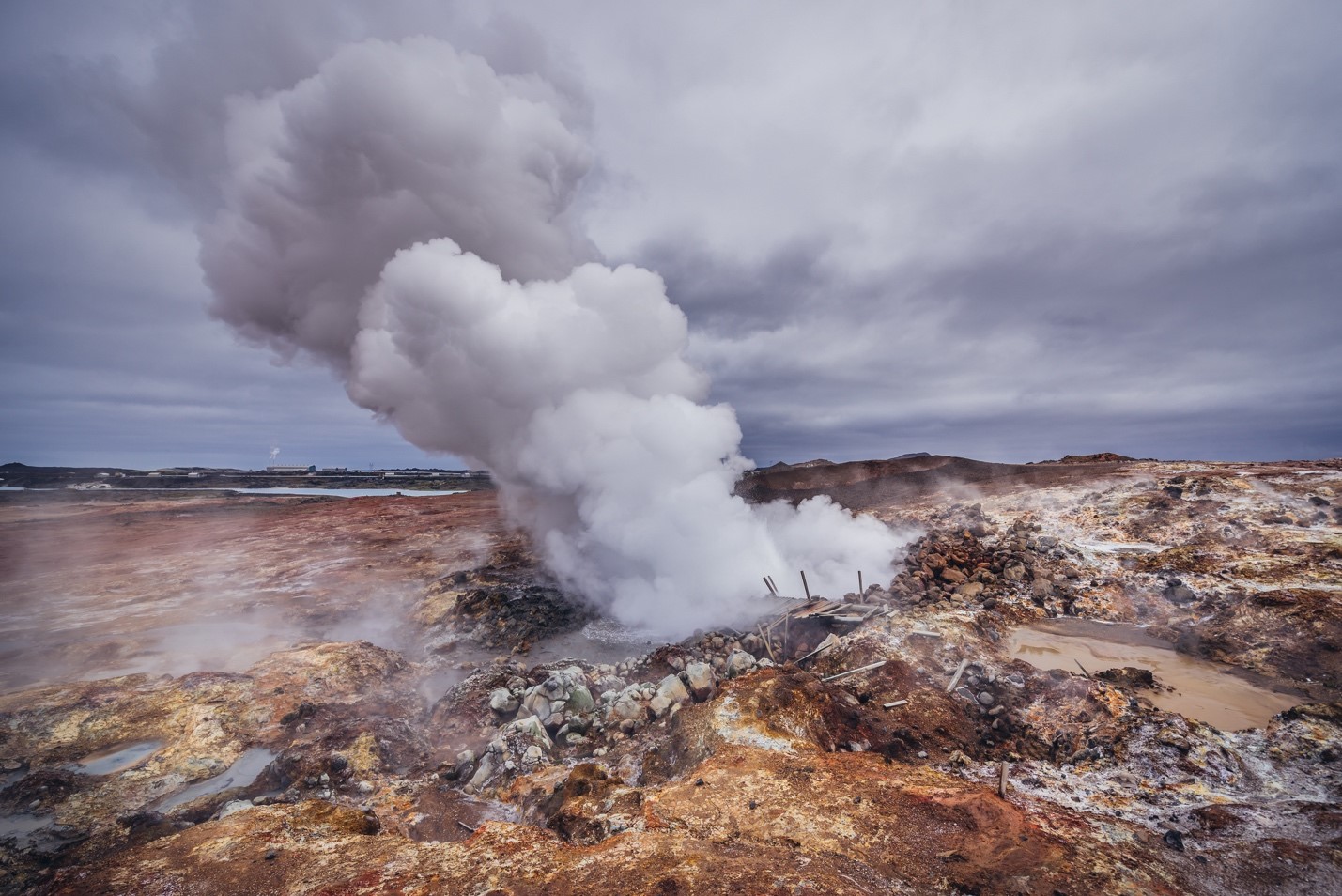 The destinations and things to do can be from the above-mentioned locations and to do things. You will first visit, the lighthouse “Garðskagarviti”, where you will have a taste of Icelandic beers. From there onwards with our guide, you will visit the old fishing town called Hafnir. There you will have a look at the old black church that is very impressive. After this, we will go to coast from where the great Mid-Atlantic Ridge (the bridge between two continents). 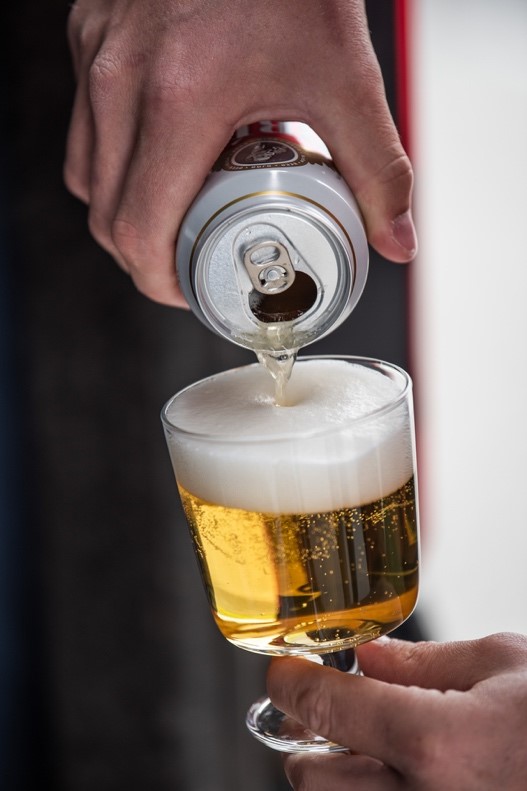 Later we will visit Gunnuhver, a popular hot spring hotspot and after this Brimketill another hot spring near the ocean. Between both of these locations, we will have food that will consist of Icelandic Skyr and Fish Jerky.

Our last stop will be a place near the Blue Lagoon. Lava rock formations and the surreal environment here will leave you breathlessly in the awe of Iceland.

All of this done under the tutelage of our adventure guide who is very experienced and well trained in these matters. He or she very knowledgeable about and henceforth will be able to provide insight into Iceland that will be difficult for a lone traveler to attain. In Iceland, the Reykjanes Peninsula tours are very popular and henceforth you should make a booking as fast as possible. Otherwise, the slots are going to be taken.