What to wear in Iceland

What to wear in Iceland in Winter

What to wear in Iceland in Winter

To travel to Iceland is one great big adventure. You don‘t know what awaits you and even we Icelanders don‘t know what to expect from year to year. What‘s the weather going to be like? Will the winter be mild or harsh? Will the summer be fine or will it rain the whole time? One can never really be fully prepared for the weather in Iceland because it always finds new ways to surprise you.
I‘m going to answer a few questions which travellers ask themselves before coming to Iceland, especially during winter. How long are the days in Iceland? Is it dark 24-7? A question I get asked a lot is “Are we going to see all the sights in complete darkness?“ And another common one is “Are we going to skip some places because the days are so short?“

I‘m going to try to answer all this here below.
What‘s the temperature during winter? When does winter actually start? Is there a lot of snow? What should I wear during winter?

To experience Iceland during winter is completely spectacular. This is one of my favourite times of year because Iceland is really at its best. To see everything covered in snow and the sun shining and creating all these colours is so beautiful. Congratulations, you‘re coming at the right time of year to witness the land of snow, ice and fire.

Let‘s start with listing the winter months in Iceland and then cover each month separately.

December is the Christmas month. We Icelanders love to decorate and some more than others. This is probably the only month of the year that Icelanders really want to have snow. All parts of Iceland except the South are lucky enough to have it. Usually the snow doesn‘t appear in Reykjavik until a few days before Christmas, if there even is any. It doesn‘t really feel like Christmas if there isn‘t any snow. Winter solstice is in December and the shortest day of the year is December 21st, with daylight for about 4 hours.

January is the month of winners. At least those who really want to conquer the world and do for about a month and then give up. This is the month of New Year‘s resolutions, when everyone gets it together for a few weeks.
This is also the best month to be born. Winners are born in this month (me)
January is probably our toughest month weather-wise. It‘s often the coldest month and the worst weathers are during January. I still want to stress that this isn‘t always the case. Sometimes it can actually be the mildest winter month. Again, you never know what to expect in Iceland.
This is in fact one of my favourite months because the better half of the year starts in January as the days finally start getting longer again. I always prefer daylight and never feel comfortable in the dark.

February is probably the month where you really start noticing a difference from day to day. Usually the snow in Reykjavik sticks around all month, unlike the other winter months. It‘s usually pretty cold in February, but there‘s still not as much frost as there tends to be in January. But the temperature is about the same. This is the month of many fun festivities, mainly Ash Wednesday (Öskudagur), Cream Puff Day (Bolludagur) and Explosion Day (Sprengidagur). This is a big tourist month because there‘s school holidays during this month around the world. The best Northern Lights I‘ve ever seen were in February so I recommend coming in February to witness some brilliant Northern Lights.

During this month many tourists ask if the spring has started or is it still winter? One day it looks as if spring has sprung, the next day everything is covered in snow and frost. Later that day the snow has melted. And so it goes for a whole month. Snow, rain, sun and what have you. Often you experience all four seasons in one day. But this usually just happens in the South of Iceland and mostly in Reykjavik. Usually the snow is more persistent in the North and West of Iceland.
This is the last month one can go exploring ice caves. After March it‘s not possible anymore.

One can hardly call this a winter month but I‘m still going to go ahead and do just that because it often behaves like one. But just as often it can be like a summer month or a typical spring month.
The Northern Lights stop appearing on April 22nd. This month can be all sorts and no promises can be made about the weather. It can go ahead and surprise everyone. It‘s not that long ago that it was 20°C the whole month in all corners of the country.

How should I dress for winter in Iceland?
First of all, don‘t just show up expecting calm weathers with some chill and snow that stays put. You might see all kinds of weather. You can expect not being able to leave your hotel because of storm. You can expect the snow reaching your hips.
Dress for the weather and be prepared for anything.

Here‘s a list of clothing I recommend buying. If you want to buy it in Iceland we have EVERYTHING her for Icelandic weather.

All this you can buy in Iceland. Icelanders are masters of making good clothing for the Icelandic climate. 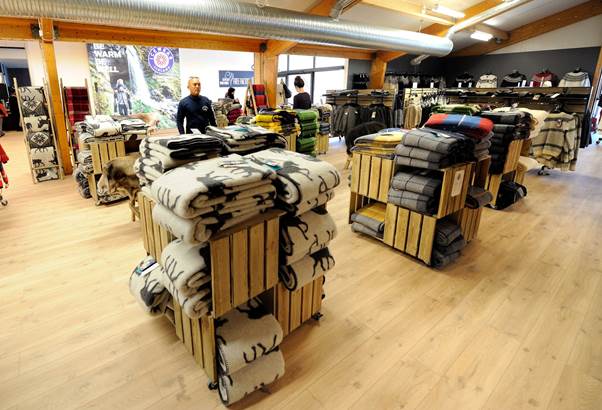 ⦁ Icewear: This is an Icelandic brand. Their prices are fair and they make really good and stylish outdoor wear. They also sell other brands. They have the best and biggest selection of wool clothing in their shop on Laugavegur. You can have a look at their selection on their website here:

⦁ 66North: The oldest and best brand in Iceland. Also by far the most expensive. But you get what you pay for. Their clothes are awesome and have been worn by Icelanders for decades.

Are you ready for Iceland?
Your journey to Iceland will be fantastic if you prepare well.
Hopefully this has helped you somewhat and I hope we will meet in the streets of Reykjavik.
Don‘t hesitate asking us here in the comments section if there‘s anything else you want to know.
Reykjavik Outventure has a really good Northern Lights tour with cinnamon buns and hot chocolate during winter. You can find it here: