Our entry into our first World Cup happened with a bang – we topped our group, placing above strong football nations such as Croatia (our old enemy since the battle for the last World Cup spot back in 2014 – hah!) and Ukraine. So smooth sailing directly into the cup, (again, we were the smallest nation to qualify), a fact made even sweeter when a couple of major European players didn’t even make it: Holland (again) and Italy (failing to qualify for the first time since 1958). 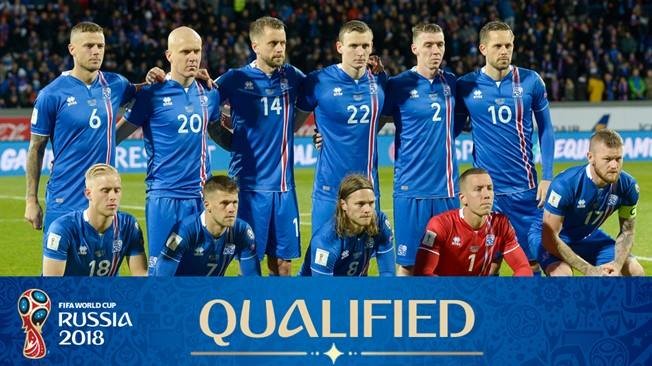 The significance and success of the Euros a couple of years earlier was immense, but this was the WORLD CUP, this was massive. As the t-shirts available in every shop that summer stated: “Waiting for the World Cup since 1947”.

Lagerbäck had actually left the Icelandic National Team after the Euros and this time Hallgrímsson was flying solo. The nation had full confidence in him though, he was a national hero after all.

The team had gained a bit of a cult status after the success story of the Euros and had gathered a number of fans from all parts of the world that decided to root for Iceland after their own team failed to qualify. So in addition to the roughly 10% of the nation that was present at the stadiums (remember, there’s only like 300,000 of us in total…) we had plenty of adopted fans participating in our trademark Viking thunderclap! 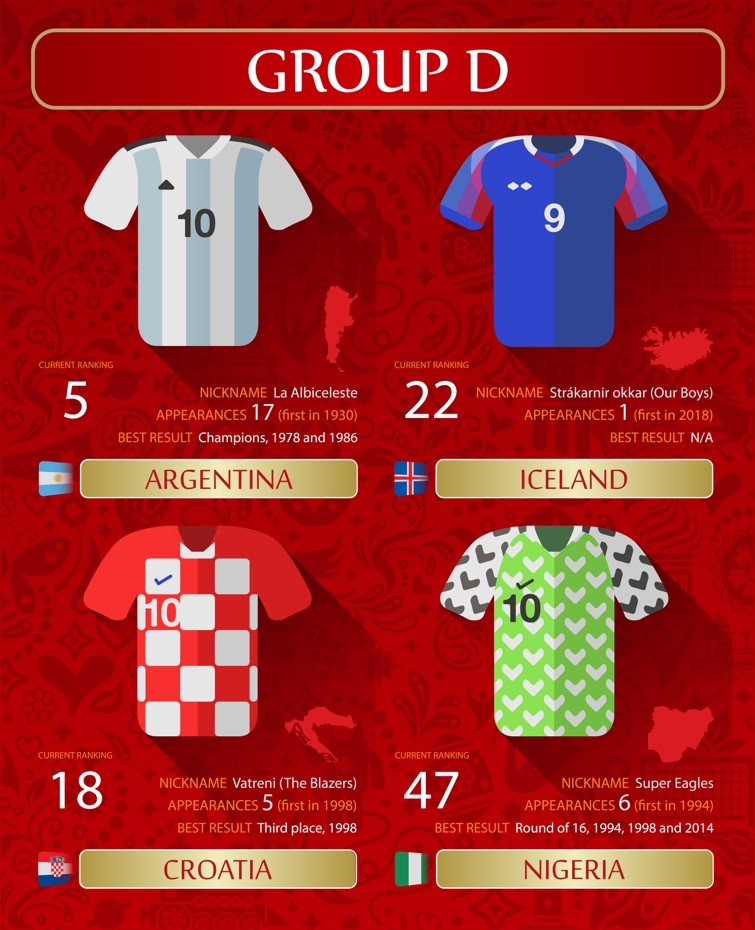 Again, our opening match was against a football giant, this time the all-mighty Argentina with Lionel Messi leading the pack. This match probably remains as memorable as our England defeat for the legendary block from goalie Hannes Halldórsson when Messi attempted a penalty shot! The other brilliant fact from the match: we didn’t lose! The score stood 1-1 when the last whistle blew, same result as against Ronaldo’s Portugal two years earlier.

Unfortunately, things went downhill from there. Our next two matches resulted in a loss: 2-0 against Nigeria and 2-1 against Croatia (our old enemies, beating us again!) The dream was over, but the memories will forever stay with us.

But it wasn’t just skill that stood out when it came to our football players. Another notable thing surrounding the team was their unique team chemistry. Sure, the team had technically become much stronger over the years, but their incredible success has also been contributed to their team spirit. The players describe themselves as best friends, as much a family as a team, and the fantastic documentary Inside a Volcano shines a warm light on the boys’ strong relationship and comradery. 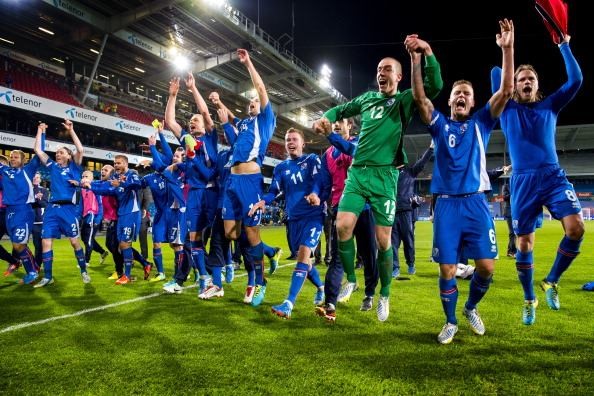 The individual players themselves also got tremendous attention during the tournament, especially for the fact that some of the starting team members actually had other jobs and didn’t even do this football gig as a full-time thing! For example, our goalie, Hannes Halldórsson, also doubles as a film director. This is the guy that defended a penalty shot from Messi, one of the best football players in the world, and he was directing commercials just weeks before the tournament! Another player, Birkir Már Sævarsson, had retired from playing professionally abroad and was playing for a local Icelandic football team, as well as working for a salt company (playing for an Icelandic football team is only semi-professional due to the short season and therefore many players have another job on the side). He was actually using his summer vacation to play at the World Cup!

And of course, one can‘t talk about the National Team without mentioning our national treasure Rúrik Gíslason, the World Cup‘s favourite heart-throb! Rúrik became an overnight sensation after his first appearance at the tournament and social media exploded with praise of his Nordic good looks and his blond man-bun, comparing him with Hollywood hunks such as Brad Pitt and Chris Hemsworth. He even attracted major attention amongst South American celebrities – Argentinian actress Gimena Accardi started following him on Instagram (like so many hundreds of thousands of other girls did overnight!) and Brazilian actress Gabriella Lopes wondered “how is it possible to be so cute?” The Icelandic National Team had not only won the respect as a football nation, it had also won the hearts of women around the world!